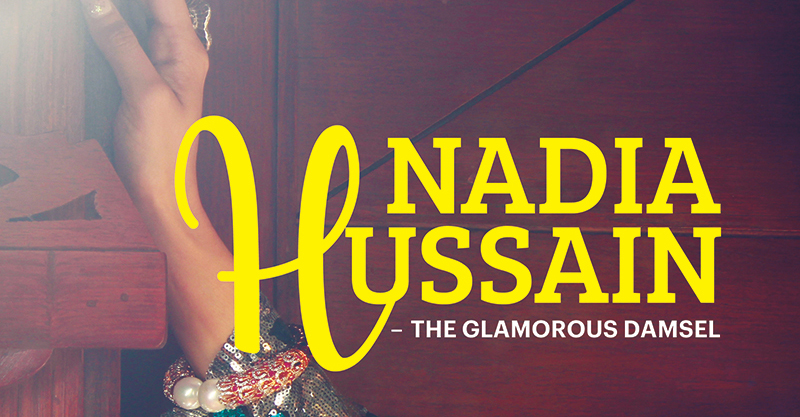 Not everyone who steps into their desired field gains success and prosperity.  But, Nadia Hussain is one such example. We all know, she surely is a glamorous woman, who is independent, educated, successful and a versatile celebrity.

Born in London, she did her early schooling from Beaconhouse School System. Nadia has studied dentistry, although she never practiced it and started off with modeling when she was 19 when she was in her A levels.

Nadia Hussain is the only model selected by Rizwan Beyg for Sarajevo Fashion Week. The beautiful young lady was also selected for Bridal Asia in India. No doubt, her sharp features, height of 5 feet and 10 inches and unmatchable confidence make her a flawless and alluring model.

She has diversified her work as we’ve seen her walking on the ramp, working in TV commercials, plays and talk shows as well. She believes that diversifying is a norm in the field of fashion/media industry, the more exposure one gets, the more popularity and income he/she gains.

Nadia’s first acting project was with Rubina Ashraf, called Phir Yun Love Hua, which proved to be a great hit. Another tremendous success in her acting career was her Manay na Yeh Dil on Hum TV. Ishq Junoon Deewangi, Ladies Park, Noor Bano, Omar Dadi Aur Gharwalay, Sitamgar, Choti si Kahani, Mithu Aur Apa, Kitni Girhain Baaqi Hain and Ittehad Ramzan were among her major hits in the field of acting. Nadia has been seen less into acting because she thinks that acting is very time-consuming and a lot more difficult to manage than modeling shows and fashion shoots. That’s why she does less and less of it.

Nadia Hussain, being an actor, model, TV host, director, entrepreneur and what not, had also opened up her fashion boutique and her own beauty clinic! Nadia was of the view that after working with different beauticians, she thought that she should have her own place to run beauty aesthetic treatments and salon, which was named as “NH salon and med spa”. Nadia also has her own clothing and footwear brand named Fetish.

A very inspiring thing to know about her is that she believes that good luck and hard luck both pay a role in a person’s success and there’s no shortcut to success.

The elegant model Nadia Hussain is married to Atif Khan, a stockbroker and the couple has 4 beautiful children, Shadal, Shanza, Sasha and Sherdad. Also, Nadia is the niece of famous Pakistani singer Tina Sani. The gorgeous working woman is managing both her career and her home with the help and support of her family and spouse.

Frieha Altaf - The One Woman Army