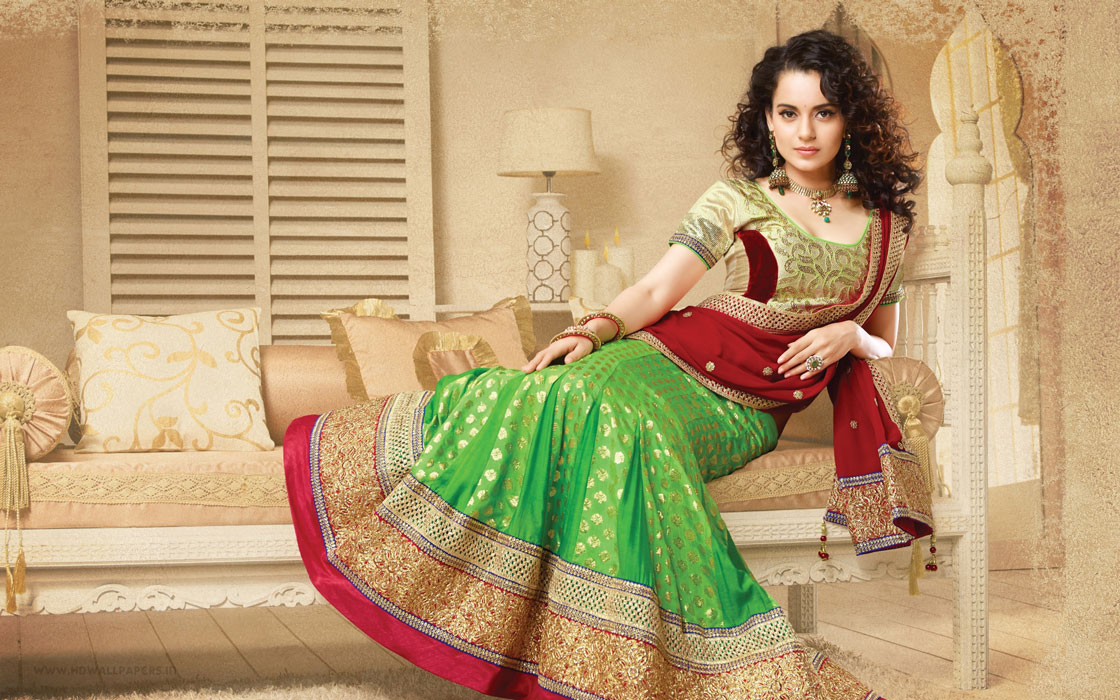 At more than 5,000 years of existence, the dress saree is considered to be among the oldest form of garment in the world still in existence. Still ubiquitous – on ramps at leading fashion shows, on streets of rural and urban areas of Pakistan – the saree is as entrenched in our culture as it ever was.

The unstitched single piece of cloth evolved due to ancient belief that stitching cloth made it impure. And so the four-and-a-half to eight meters of cloth – draped around the lower body and then with a tactful pleating process folded across the upper body – came to be appropriate attire. The saree is considered to have been evolved from a three-piece-attire consisting of unstitched stretches of cloth draped as a lower garment, a chest band and a piece worn over ones shoulder or head. This predecessor of the saree is mentioned in ancient Sanksrit literature dating to the 6th century B.C.E.

With its ability to be warming in winter, and cooling in summer, its professional and aesthetically stylish appearance yet its utility (for example, it can be folded and tucked to be shorter), the saree developed to be the most suitable attire for women. This is precisely the reason it is donned by rich and poor alike.

While there exist a professional or classical style of draping a saree, there are more than 80 variations of it across the subcontinent. Variations also exist depending on the kind of fabric, as well as on methods of weaving that have been used. Hence there are the tie-dye Bandhani sarees, Chanderi cotton sarees and the numerous silk saree varieties including the Kanchipuram, Banarasi and Mysore sarees.

In many cultures, a red sari is the traditional outfit of choice for married ladies to be worn in the initial days of their wedding. But light, pastel tones featuring washed-out, vintage-inspired floral prints are currently in vogue.

The all round development of textiles in Pakistan had a definite impact on the design of sarees. Paisleys used on shawls, figures from Jamawar weaves, floral patterns and bird and animal motifs used in brocades – all these slowly acquired the status of traditional saree motifs. Similarly, colours that became popular include peacock coloured shot silks, shiny-spun muslins in the purples of the aubergines, sunshine yellow jacquards, moon glow silk chiffons and the dusky rose coloured raw silks.

Even in the modern age, women continue to buy sarees with great enthusiasm, especially during festivals and wedding seasons. The saree remains as one of the world’s oldest and perhaps the only surviving unstitched garment from the past. Over the millennia, it has become a sensuous, glamorous all-time-wear for women.