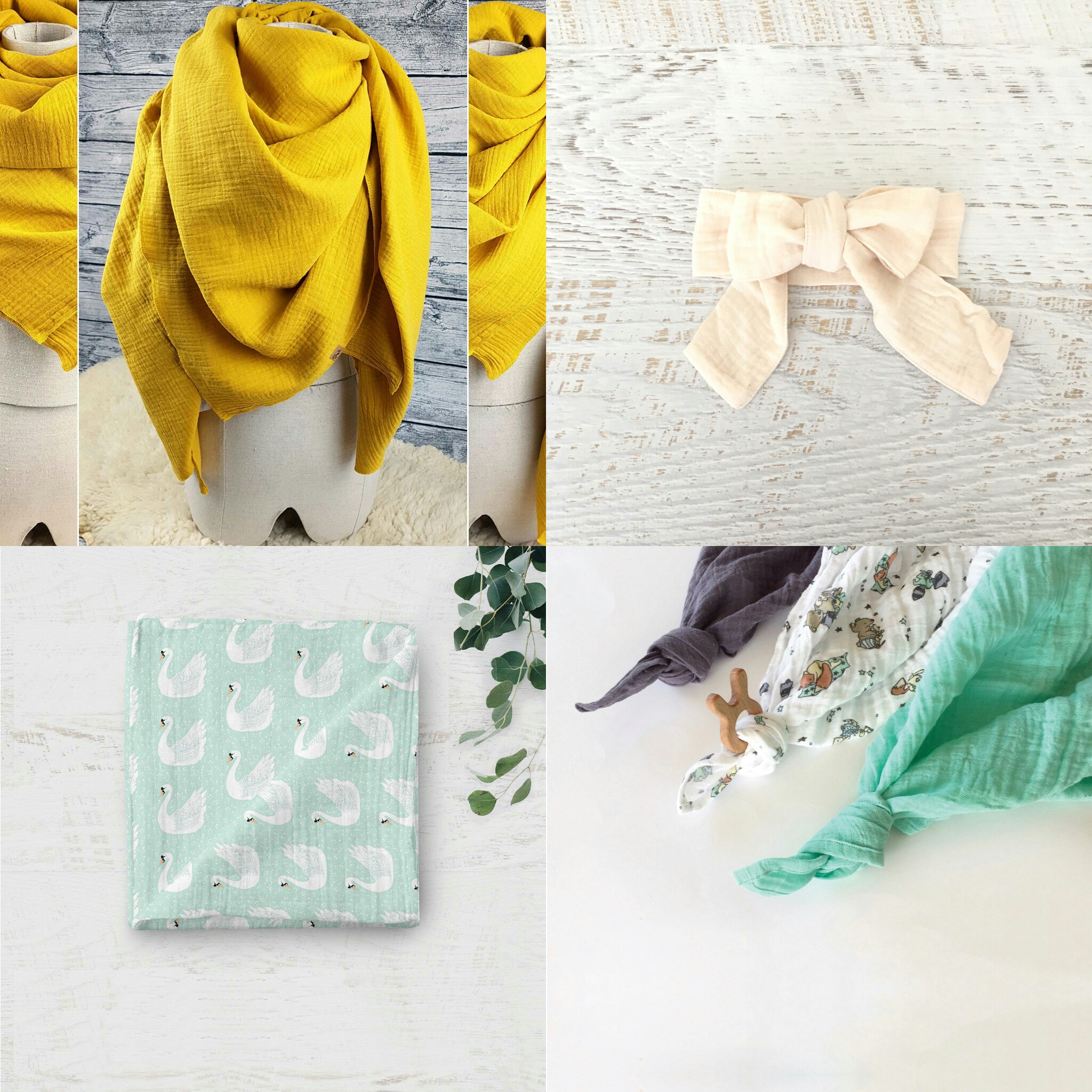 Muslin is defined as “a cotton fabric made in various degree of fineness and often printed, woven, or embroidered in patterns, especially a cotton fabric of plain weave, used for sheets and for a variety of other purposes.”

The origin of the word “Muslin” is ambiguous and often debated. Since it isn’t an actual word in Bengali, Sanskrit or Persian, it is presumed that it was a European name given to the fabric. Some say that the name is derived from the city name Mosul, Iraq, a historic trade center, while others say it referred to Musulipattam, the headquarters for European trade in South India.

There are many different grades of muslin, and different groups of trade workers historically used each of them for a different purpose. Mamal was the highest-grade fabric, and was typically reserved for royalty. Constructing Mamal Muslins could take up to six months.

Jhuna’ was used by native dancers, whereas Seerbund’ was used for turbans. )

Muslin was featured in London’s Great Exhibition of 1851, which is largely considered the first World Fair. Unfortunately, after the Battle of Palashi, muslin declined in value for numerous reasons including the empire’s newfound inability to buy goods. This placed the cheap English reproductions ahead of true Muslin in the world market.

While seamstresses say that the quality of this fabric has declined, for the purpose of photography and lighting muslin is a high quality (and lightweight!) tool that will work as a backdrop or light reflector, and will deduct a couple pounds from your assistant’s work load.

Muslin today has come to mean almost any lightweight, gauzy, mostly inexpensive, machine-milled cotton cloth. The word has lost all connection to the handwoven fabric that once came exclusively from Bengal. Cotton, stated the historian Fernand Braudel, was first used by the ancient civilizations on the Indus, while the art of weaving itself has been traced back to much earlier times. This head start perhaps was why ancient India became proficient in making cotton textiles. They became a staple export commodity to the Roman Empire, and they expanded in volume in the Middle Ages with the growth of the “maritime Silk Road” in the Indian Ocean.

There are many stories about the translucent quality of the mulmul khas. One of the most enduring is that of Emperor Aurangzeb chiding his daughter princess Zeb-un-Nisa, a poet well-versed in astronomy, mathematics and Islamic theology, for appearing in transparent dress in court. She replied, to the astonishment of her father, that her dress, in fact, consisted of seven separate layers of muslin.

The classically-inspired white muslin dresses of the early nineteenth century are well-known, but during the eighteenth century, ladies wore muslin in the form of petticoats, aprons, and kerchiefs. French reformers like Jean-Jacques Rousseau urged parents to dress their children in unrestrictive, washable cotton clothing better suited to their ages than the customary miniature-adult styles.

With its ability to be warming in winter, and cooling in summer, its professional and aesthetically stylish appearance yet its utility (for example, it can be folded and tucked to be shorter), the saree developed to be the most suitable attire for women. This is precisely the reason it is donned by rich and poor alike.

While there exist a professional or classical style of draping a saree, there are more than 80 variations of it across the subcontinent. Variations also exist depending on the kind of fabric, as well as on methods of weaving that have been used. Hence there are the tie-dye Bandhani sarees, Chanderi cotton sarees and the numerous silk saree varieties including the Kanchipuram, Banarasi and Mysore sarees.

In many cultures, a red sari is the traditional outfit of choice for married ladies to be worn in the initial days of their wedding. But light, pastel tones featuring washed-out, vintage-inspired floral prints are currently in vogue.

The all round development of textiles in Pakistan had a definite impact on the design of sarees. Paisleys used on shawls, figures from Jamawar weaves, floral patterns and bird and animal motifs used in brocades – all these slowly acquired the status of traditional saree motifs. Similarly, colours that became popular include peacock coloured shot silks, shiny-spun muslins in the purples of the aubergines, sunshine yellow jacquards, moon glow silk chiffons and the dusky rose coloured raw silks.

Even in the modern age, women continue to buy sarees with great enthusiasm, especially during festivals and wedding seasons. The saree remains as one of the world’s oldest and perhaps the only surviving unstitched garment from the past. Over the millennia, it has become a sensuous, glamorous all-time-wear for women.