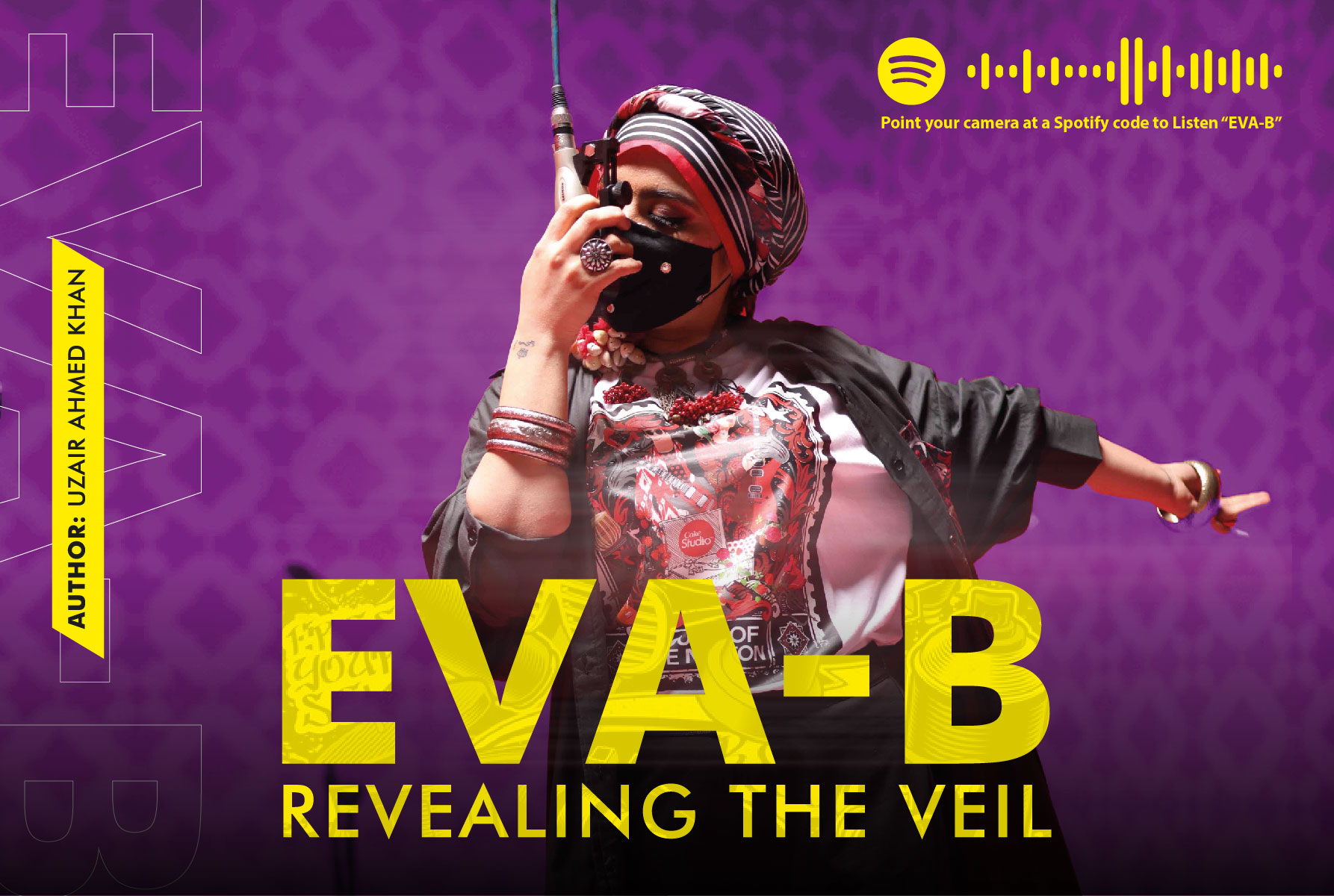 A veil that hangs below her eyes and covers her face is worn by Pakistani rapper Eva B to shield her from her admirers’ and detractors’ eyes. Online videos of Pakistani rapper Eva B have received millions of views, and our playlist has been playing her 2022 Coke Studio hit song “Kana Yaari” nonstop. However, she is virtually unrecognizable when she is in her Karachi neighborhood. Fortunately, despite her Ms. Marvel promotional engagements, we were able to get in touch with her. Here is everything you need to know about this Pakistani artist on the rise. 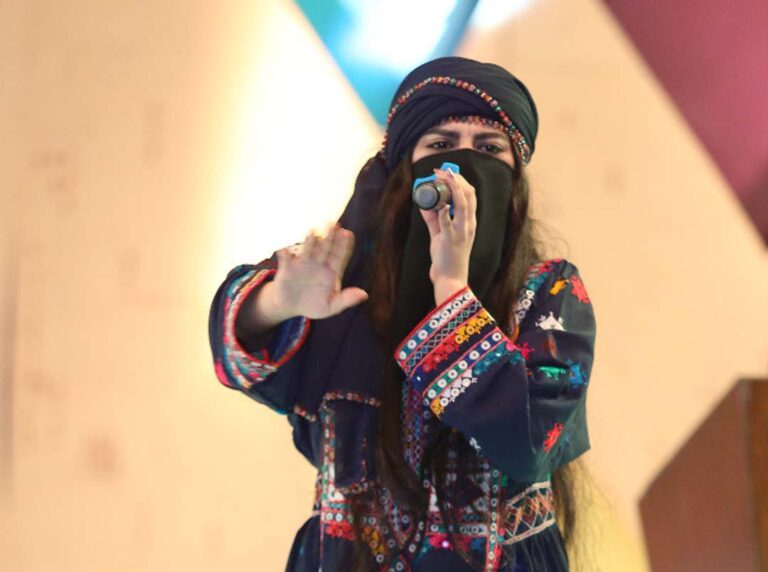 ⇒ Hello EVA! For those who still don’t know you, could you tell us a bit more about yourself and your background?

Saniya Saeed is my name, but I go by Eva B in the music industry. My father named me Saniya Saaed because he loved the renowned actor Saniya Saeed. I am a rap artist from Lyari, Karachi’s most artistic neighborhood. To the best of my knowledge, I am a computer technician and a BA student.

⇒ What got you into Rap music?

Well, a line from a Balochi rapper altered everything! I got into it and made it my passion because it impacted me hard.

certainly yeah! My life has transformed because of Kaana Yaari, who is very dear to me. It has gotten me known and assisted me in making a reputation for myself in the Urdu hip-hop community.

⇒ How do you consider your role as an artist?

I rap about the facts. I want people to hear about the major challenges in our society and the realities of life! Doing Parda is something I choose to do and is also part of my society’s culture. Since that’s never the case, I don’t make it my weakness. I’m strongest in it. I stand up for my nation and my culture with pride. I want women to come out and be who they are. don’t care what other people think; just live your life to the utmost.

⇒ In the West, Female rappers mostly promote Explicitly in their Music You are doing the same thing with an entirely different approach and yet clean, how difficult is it to handle that?

Yes, I initially used explicit language in my raps, but if the same idea can also be conveyed politely and cleanly, why go the unsavory route? and I believe it has more impact! at least you may enjoy my music with your family

⇒ Is there any offer you rejected or will reject just because they want to unveil your Hijab or identity?

Haha, that’s one of the reasons I’ve turned down Cold Drinks advertisements.

⇒ What makes you different from other rappers in the industry?

I hide my face, but they don’t.

⇒ Who’s your fashion icon, and why?

Well ” mein apni favourite hoon”. I believe I am ideal in my manner, I consider myself to be my fashion icon.

⇒ How do you take criticism?

⇒ Who are your biggest musical influences? Would you say you’re like them in any way?

Eminem and Queen Latifah, whose songs inspired me to mature even if I am not like them 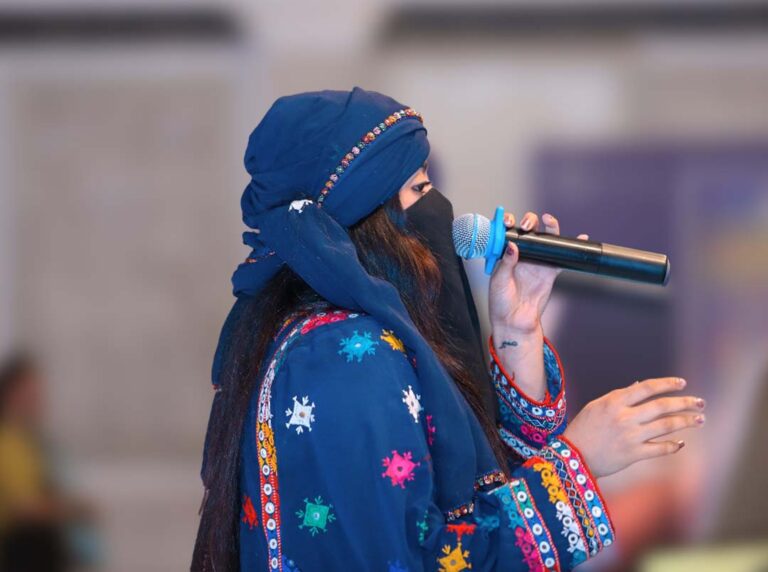 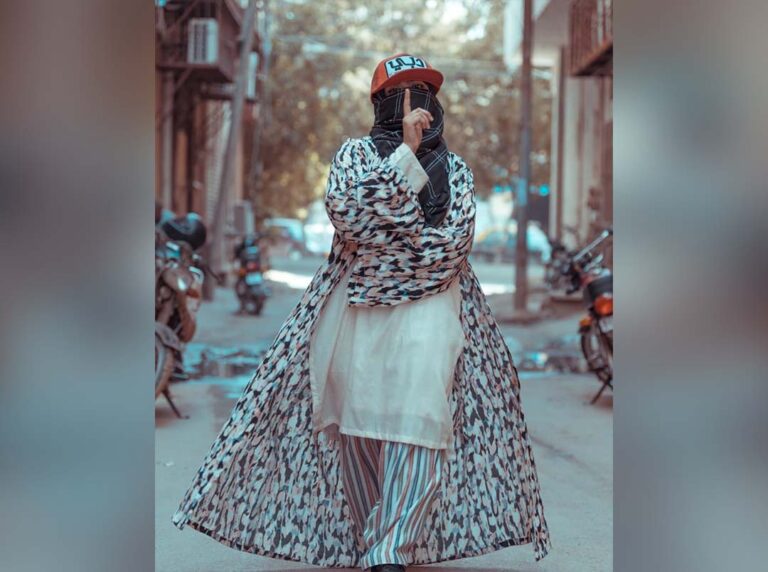 ⇒ As I heard EVA-B hide in a circle. Is EVA-B still hiding in the same circle after this generous amount of fame?

⇒ Your Music videos are wonderful and I feel like you have a persona in them. Can you tell us about the character that you have created?

Since I am Baloch, I believe that performing while dressed in Balochi attire is more comfortable, and it also lets people know that I wear my traditional clothing.

⇒ What is the vainest talent you would consider that you have?

I am the best reply-er

⇒ How was your experience of working with Kaifi Khalil, and Wahab Ali Bugti in Coke Studio?

Oh, what a fantastic experience. By using our various accents, we learned numerous new Balochi words.

⇒ Do you think Young Stunners is the pioneer of Urdu Hip Hop?

I have been listening to them since 2012 and these boys are real hustlers from day one, and Talha Anjum is my favourite.

⇒ Eva-B in Coke Studio, How did that happen?

A call by Zulfi Bhai and that was it! I mean how can you say no to a legend!

⇒ What was your firat reaction when your song “Rozi” was selected by Marvel Studios and how did it happened?

Rozi had already been used as a documentary’s title track. However, Gingger Shankar, a Los Angeles-based female producer, and I later agreed to rework this song. But after that, Gingger said that the Ms. Marvel team was communicating and requesting the song. It was a bizarre sensation! I really couldn’t wait for the show to air so I could have that “you did it” feeling!

⇒ Struggles make you strong! What are the struggles that came in the way that has led you to coke studio?

Yes, hardships make you stronger, and I’ve always believed that there is no “elevator to success.” I can still recall how I used to sneak away before going to the studio, keeping my equipment and microphone hidden from my parents so that I could record things when no one was home. but I think that my hardships have made me who I am today.

⇒ What would you be doing right now, if the music wasn’t your vocation?

Well, it would seem extremely clichéd and amusing, but the truth is that if it hadn’t been for this, I would have been just like any other Pakistani Desi lady, getting married and then going about my household duties.

⇒ Have you ever gotten into any sort of trouble?

Ohh Yes! a lot of time

⇒ As you know there is always a music producer or composer behind the success of a musician so who is your biggest supporter or who’s your Favorite music producer from the industry?

Of course, my mother is the best and most sincere advisor because she has always supported me, but I also have a friend named Mudassar Qureshi who is a rapper and music producer. He has given me a lot of advice; I’m not sure which one to include here. Sheroz Baig and Mudassar Qureshi are also two of my favorite music producers.

⇒ What advice would you give to energetic rappers out there?

⇒ If you could improve anything about the music industry, what would it be?

Paying the artist their due and committed remunerations on time

⇒ What’s the Future of Hip-Hop Music in Pakistan?

Well, I am sure! the future is bright! 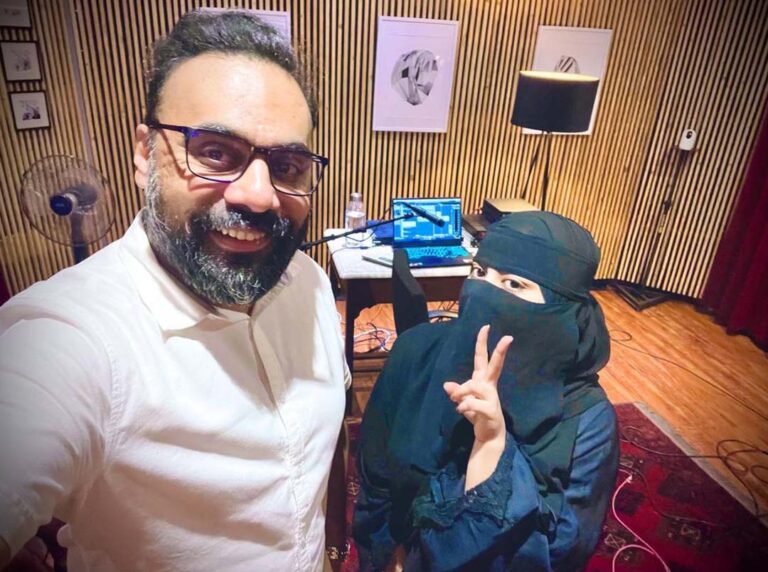 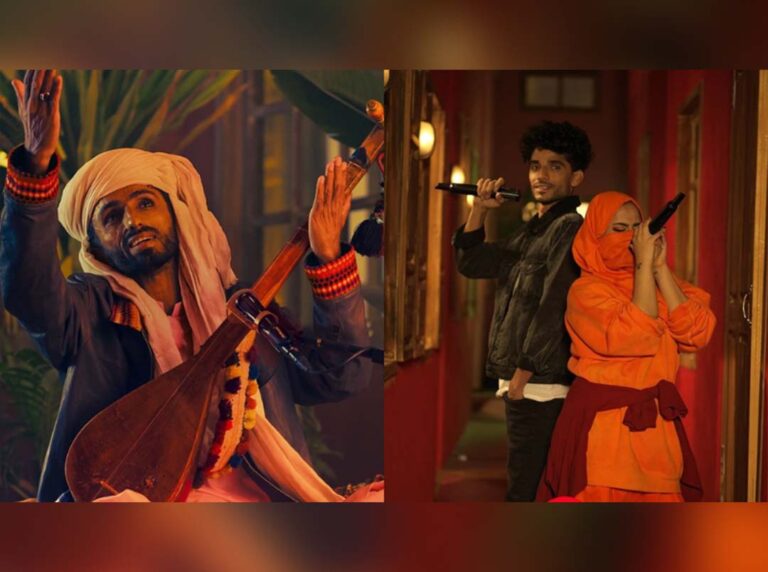 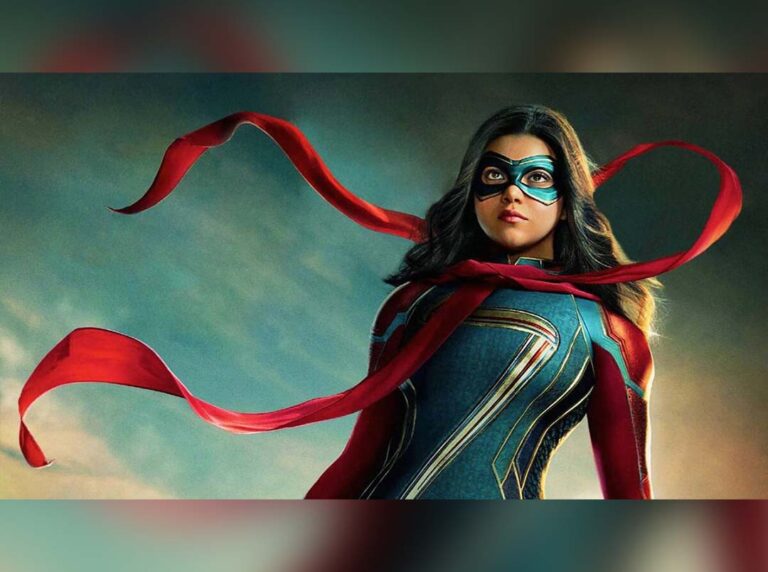