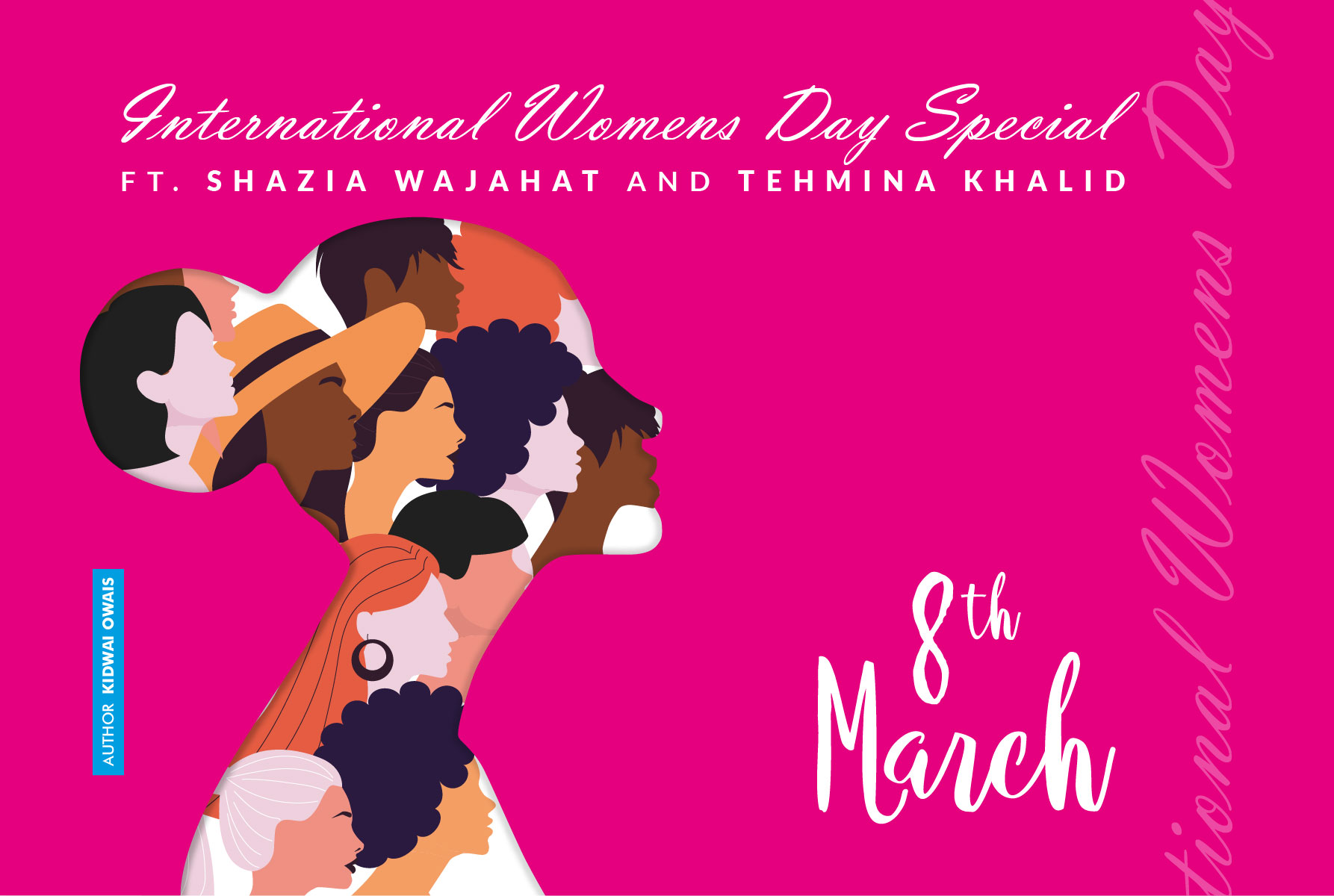 This phrase has been taken a little too literally by the women’s fashion collection featured in this issue! These women, who come from different departments within the same industry, have worked hard to reach their goals and have built their name for themselves.

Since March is International Women’s Month, what could be a better way to commemorate Women’s Day than by having a talk with Shazia Wajahat and Tehmina Khalid. 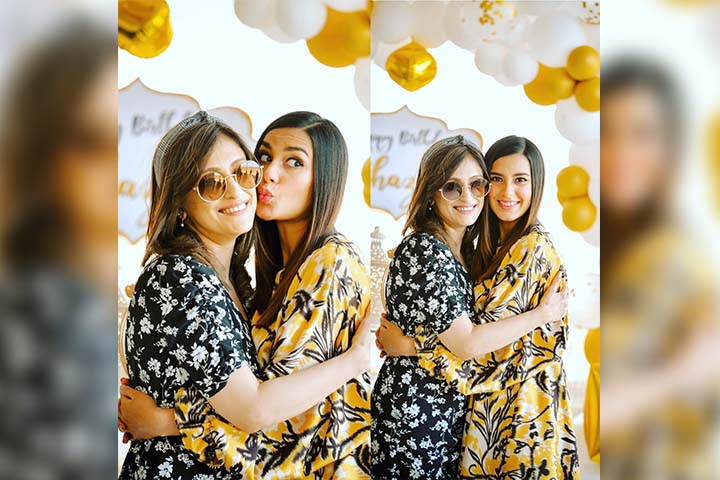 International Women’s Day is a celebration of all women around the world. Personally, I am happy to see women are being recognized in every single profession throughout the world

Women’s equality is about being given a fair chance. We are not asking for more. Just an equal playing ground. Women in Pakistan have proved that they are extremely talented and can do the job as good as men in any field, if not better.

Well, I agree some professions are more titled towards men due to the difference in our physiques but for others, the idea of paying women less is absolutely ridiculous. Compensation and recognition should be based on skill and performance, not gender. We have to change these values ourselves and no one else is going to do it for us.

I agree some have taken it overboard and that has brought a negative vibe to this movement. But this is not a fight. This is a conversation. One that has to be dealt with with care and sensitivity.

There are KPIs (Key Performance Indicators) set in all companies. Both qualitative and quantitative. Only good performance can change these attitudes. 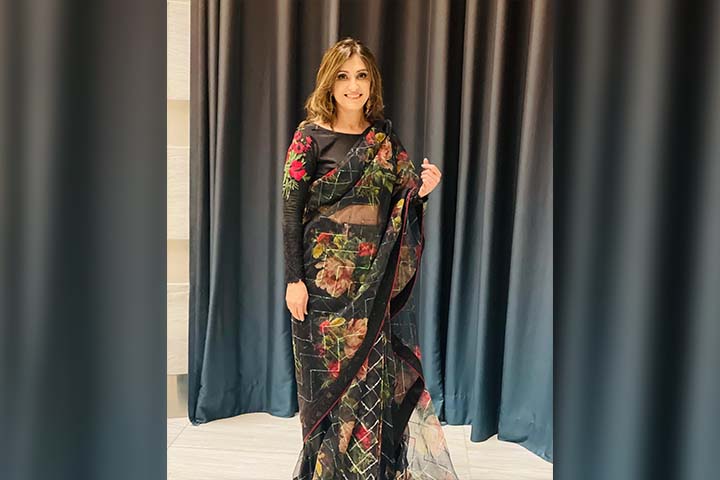 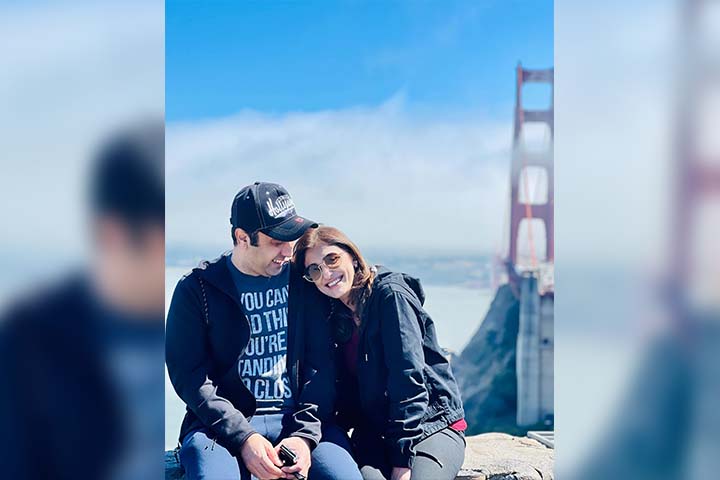 I am a woman working in a male-dominated field but have been lucky not to have faced any patriarchy. Both my father and my husband have conditioned me to not settle for anything less. This has worked for me so far.

For starters, encourage more opportunities. If for a job, there will always be a tilt towards hiring men, how can we ever prove ourselves? But I am happy to see things are changing at a rapid pace

I say ‘To each her own but I do not think one needs a slogan to express herself or to make a convincing argument.

I would like to congratulate all women on their achievements and I am confident that very soon, we will not see the need to have this argument at all 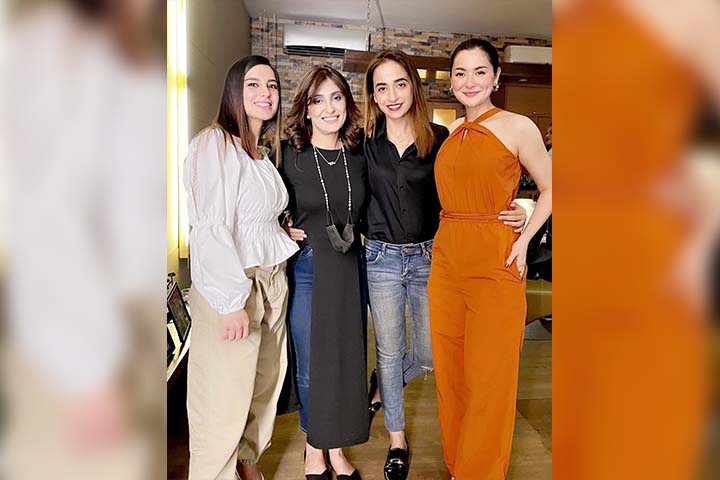 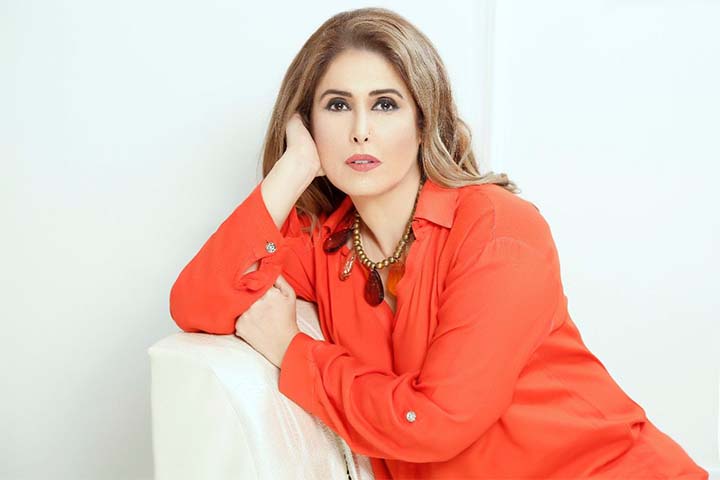 Well, I’d like to say that it doesn’t mean much to me since I believe that every day is a women’s day because how can you live a life without women? There is so much that women contribute to shaping society, whether they are working women or housewives, whether they are from urban or rural areas, their contributions cannot be overlooked. As a result, I don’t believe that one day can be dedicated to women and their contributions and achievements; every day is women’s day.

No, I don’t believe in the term “woman equality,” because women are emotionally and physically stronger than males. I believe they are always more intelligent and creative than men. The most obvious example is why God would choose a woman to be a mother if women were not stronger than males. Women are superior to men by a large margin! When we talk about population control, I believe that if a man had ever experienced labour pain, the problem of population growth would not have occurred, and population control initiatives would not have been necessary. When men begin to experience labour pains, the world’s population will begin to decline. As a result, men and women are not on an equal footing! All those women fighting for equality are mistaken since we are far superior!

I’m quite upset about it. Yes, women confront prejudice in every field in our society, as well as in other societies. Whether it’s their pay cheque, jobs, or incentives, they’re ignored, and I’m not sure why. Is it true that women are discriminated against because they multitask? It has been observed that women are superior workers and resources than men. They make a greater effort. I personally deal with this because I own a small agency with 90% female employees that make a significant contribution. The first step in achieving equal opportunities is to provide equal opportunities. Incentives, promotions, growth, and so on.

Educating and nurturing guys who do not see feminism as a negative stereotype show would be the most effective way. When you talk about feminism in a third-world country, a woman, whether from a rural or urban background, who stands out for her human rights is labelled as feminist! You’d be astonished to learn that there are still locations in our countries where women are unable to see a doctor without the consent of a man since the doctors in the hospital are all men; the sickness could be as serious as cancer, but she will not be permitted. As a result, the main objective is to teach men about women, their privacy, their concerns, and their perspectives is the most effective way

Ummm, all I want to inform men and educate them about is the importance of understanding women as human beings! You can do justice and be fair with the rights only when you realise that the person standing opposite you is the same as you! When men are gonna grasp this, I suppose everything will be simple. 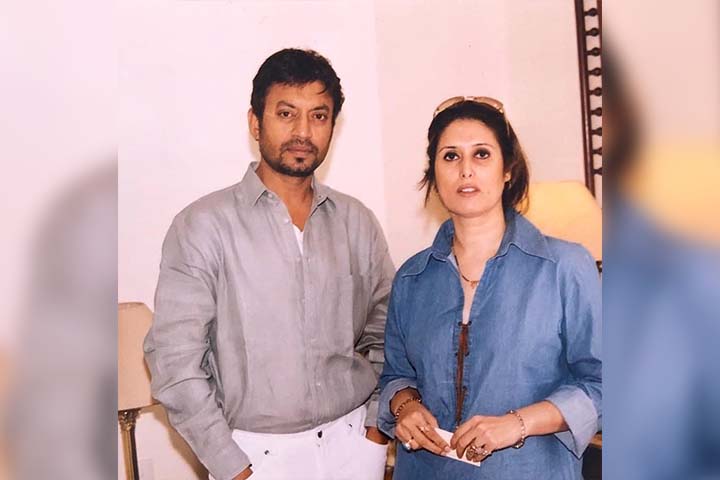 As I previously stated, males merely need to comprehend this line to aid in the accomplishment of equality: “aurat ko bhi apne jaisa insaan samhajein“. If you deserve pampering after office work, she deserves it too. Expect the same thing for women as you expect it for yourself!

The human rights of women and their permission are essentially covered by these slogans! Why have we only recently tied this slogan to a certain march? Why don’t we look at the positive side of the slogan, which is the truth? It is the males who have given this slogan a negative connotation, and we ladies can’t help it! These marches should be visited to witness what women are actually fighting for! Are they battling for the right to wear exposed clothing, extramarital affairs, or live-in relationships? They are, in fact, seeking and fighting for their fundamental human rights! They are fighting for their permission in making decisions that affect their lives. So there’s nothing wrong with the slogan’s basic notion; it’s just the other, bad side that people prefer to see, and that’s all.

The message I’d like to send is that you don’t have to work too hard to remind yourself and society that you are equal to males! You are significantly superior to me! You can’t dispute your superiority when God has selected you to be a mother because it’s already there. Please understand that slogans like “khana khud Garam Karlo” and “Apni Roti Khud Banalo” should not be debated or fought over because they do not represent equality and are simply interchangeable items. Your worth goes much beyond reheating men’s supper or preparing a “Gol Roti”! Rather than focusing on issues that do not exist, fight for your rights and consent. There are far more important battles to be fought! Stay strong! Happy Women’s Day! 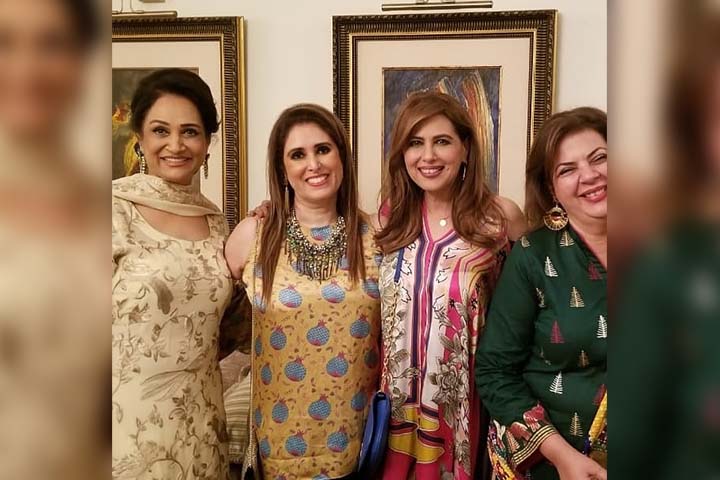