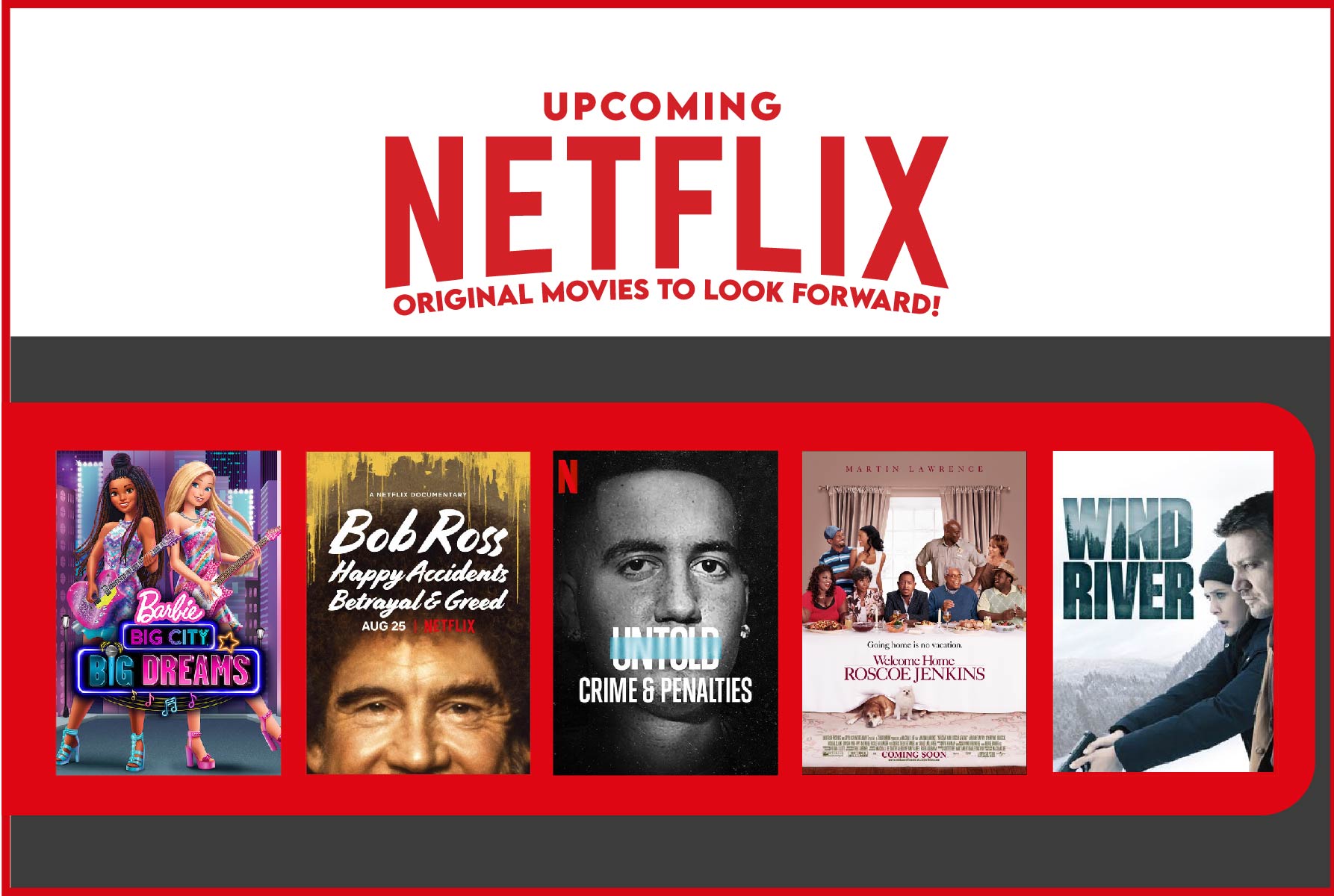 This musical follows Barbie as she tries her hand at Broadway. Will she soon learn that New York City is way different than Malibu?

As a successful talk show host, RJ Stevens (Martin Lawrence) has come a long way since his days as an awkward teenager. However, when he returns home for his parents’ anniversary, he must show everyone how much he’s changed.

It tells the story of the Danbury Trashers of the “bad boys of hockey.” Not only were they extremely violent on the rink, but they were also owned by a man with mob ties.

A rookie FBI agent (Elizabeth Olsen) travels to a remote Wyoming reservation to investigate a teen girl’s murder. It doesn’t take long for her to realize that she’s in over her head.

Bob Ross is famous for his foolproof painting tutorials, but his business woes have overshadowed his legacy. This documentary explores what happened, so grab the popcorn.