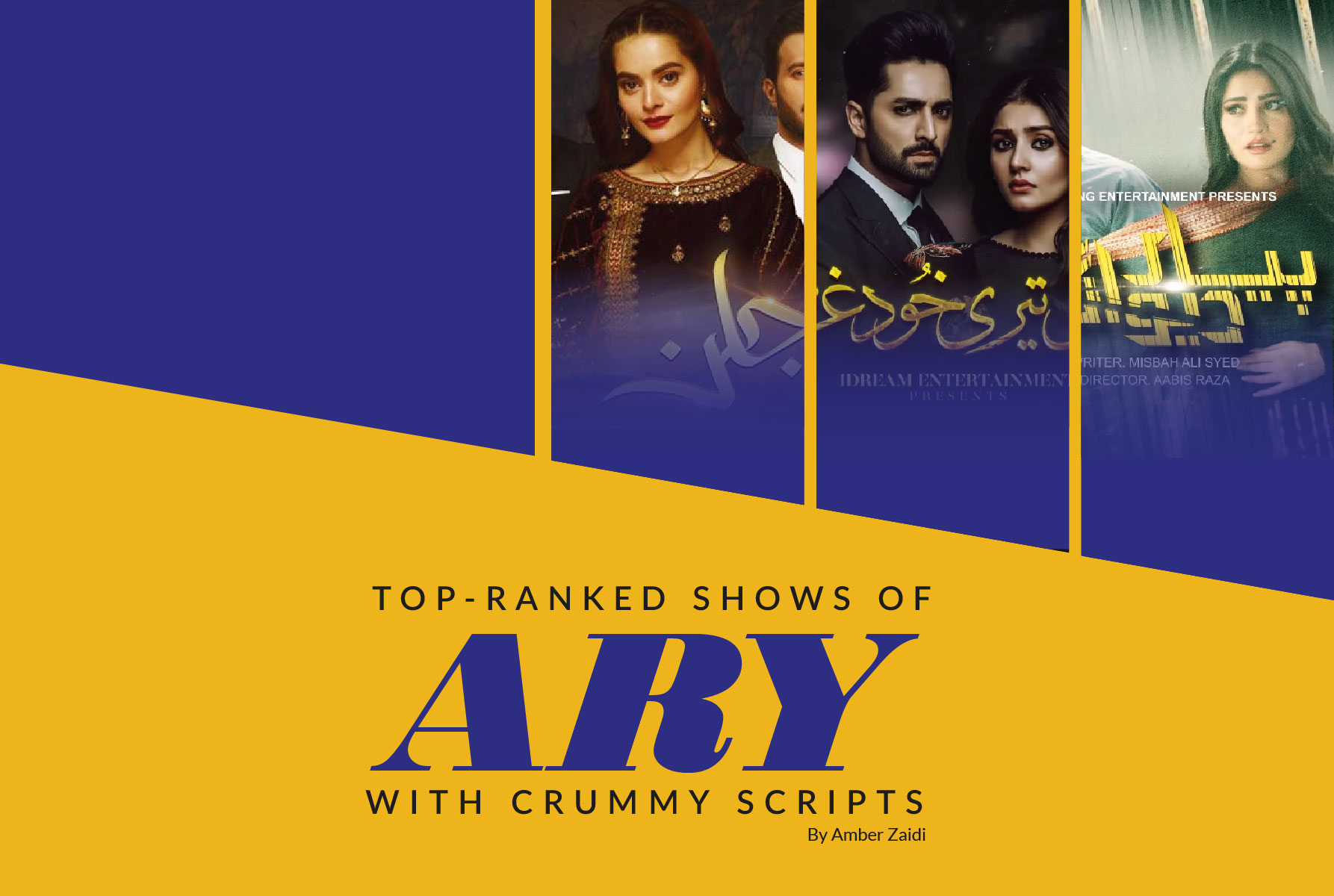 With time, the drama industry of Pakistan has refined its quality of content and brought every kind of story to the viewers with a perfect and well-balanced combination of storytelling. Whether it’s about addressing mature social issues, bold topics, or tragic love tales, it has dramatized incredibly, that is why the producers are successful in keeping the audience hooked (even across the border) to any kind of project and earning record-breaking ratings.

In a couple of years, the industry has taken a new turn and intended to highlight those stories which shed light on the toxic relationships and the obsessiveness of an individual on mainstream media. This sort of specific plot is getting high ratings and setting new records in the industry whether it belongs to any channel but what is problematic is, how it has been glorified on our tv screens. 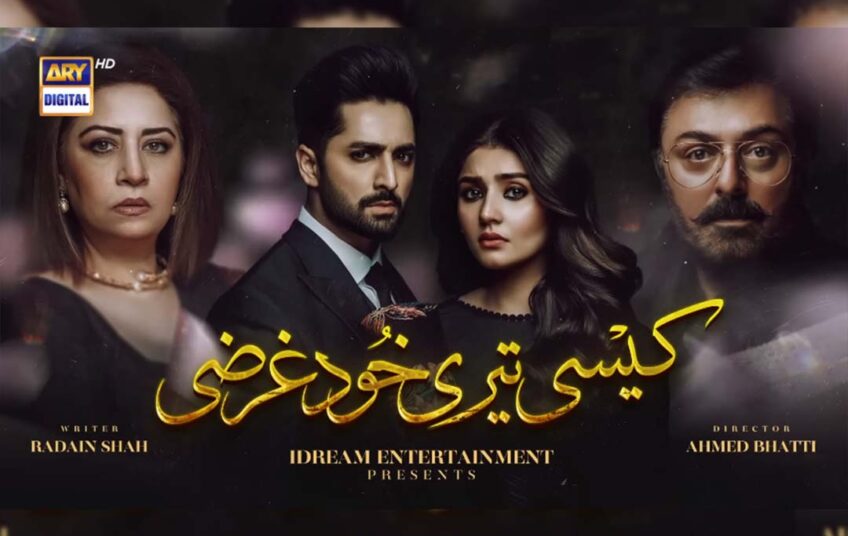 The play features an ensemble cast starring Noman Ejaz, Atiqa Odho, Shahood Alvi, Danish Taimoor & Dur e fishan Saleem. Under the banner of IDream Entertainment, the project has aired in the direction of Ahmed Bhatti and is gaining enormous popularity among the masses. Having prominent names, impressive acting, lots of action, thrill, lavish sets & slow-motion scenes may distract the attention from the storyline, but at a certain point, it always loses its charm.

Why have these stubborn portrayals been glamorized?

Kaisi Teri Khudgharzi is roaming around the cliched love tale where Danish Taimoor, aka Shamsher, holds an influential background and has madly fallen in love with Dur e fishan aka Mehak, who hails from the middle class but till now, it has shown that she has no feelings and zero-interest for the admirer. Like every tragic love story due to the class difference, Shamsher’s family won’t let him do what he wants. And now from the teasers, it looks like the self-centered, aggressive & egoistic guy will go to any extreme for the sake of his so-called love and eternal satisfaction. Unable to understand why there is so much influence to give attention to such roles?

Are these the only subjects to be addressed that are left in society?

What type of cheap content are renowned production houses promoting?

It is utterly disturbing to see that young girls are fantasizing about having a soft corner for such an evil character because of the heroic way it has been written. Remember that characters like Shamsher can never turn into Prince Charming. 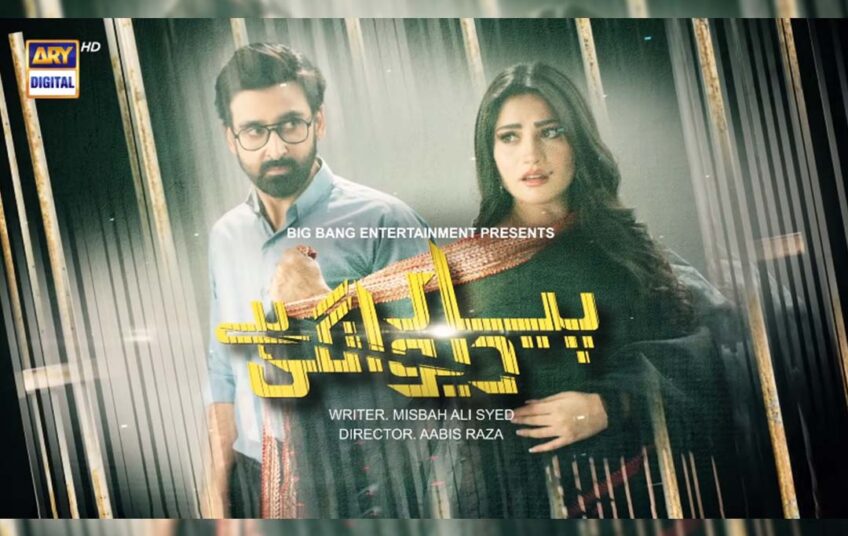 Like other terrible love tales, it has shown how just due to the family conflicts a couple suffers but what creates its plot unique from the others is the specific character of Phuppo who is played by veteran artist Gul e Rana.

Gul e Rana aka Naseem Phuppo role depicts those women, for whom outward appearance is more important than the inner charm, who used to be judgemental. In Pakistani society, Phuppo’s are infamous for all the right reasons, and drama has addressed the main attribute of how this role influences our lives.

Gul e Rana aka Naseem Phuppo rejected by the Neelum Muneer aka Rabi’s mamoon. So, she bears a grudge against the fair-skinned and pretty girl Rabi which she expressed several times and refused to accept as the bride for her son Mateen. But what is problematic about it is the employment of a blackface on a fair-skinned actor. The writer has acknowledged the dark-skinned personality as nasty and revengeful. Being a phuppo her role could be more versatile but she’s only branded awfully as a dark-skinned negative character who is ugly and played manipulative tactics. Without being darkened Gul e Rana’s negative part could be drawn more creatively, as there is no logical connection between having a black face & being hatred. 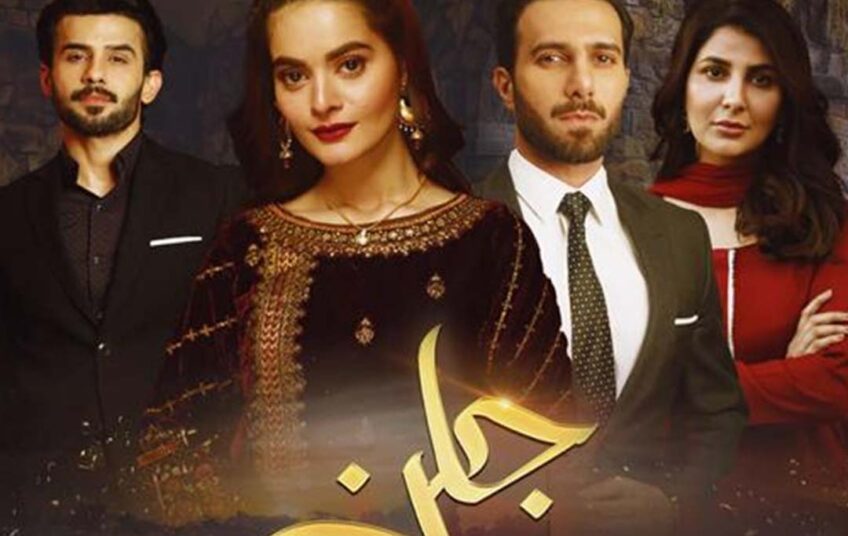 In 2020, Sidra Sehar Imran’s drama Jalan was the only one that succeeded in getting the spotlight and became the talk of the town. Although the drama received severe backlash but beat the competitors in the rating game because of its controversial storyline.

The tale was not so complicated. It is a plain and simple plot that revolves around jealousy, lust, greed, and deceit and hows it destroys sacred relations. Minal Khan (Nisha) and Areeba Habib (Misha) are two sisters who are opposite each other. Misha is tolerant, innocent, and simple whereas, Nisha is a girl who is spoiled, stubborn, jealous, and even always used to keep an eye on things that belong to her elder sister. Shortly, she goes to any extent to get what she wants.

In the sibling rivalry, while being engaged to the cousin, Nisha gets involved with her brother-in-law Asfandyar (Emmad Irfani) although, Nisha has no love for Asfandyar, it was his money, lavish lifestyle, and all the luxuries in which she had an interest.

Jalan had remained consistently in the headlines for its immoral content and, as a result, it got banned by PEMRA but continued to air at its prime time. In this drama, there were a lot of scenes that were unethical and against societal values. They have tried to show how it is slight and smooth for a girl to ruin her sister’s happy married life. Whereas the role of parents has shown weak, as their daughter is not in their control, they used to blame themselves constantly when they had made mistakes in raising Nisha.

Undoubtedly, Jalan’s script was flawed, and there was nothing new in it, but still, it was followed by the audience, which is why it became the top-rated show.

THE TOP-NOTCH WRITERS OF PAKISTAN

MOST INFLUENTIAL TV DIRECTORS OF PAKISTAN