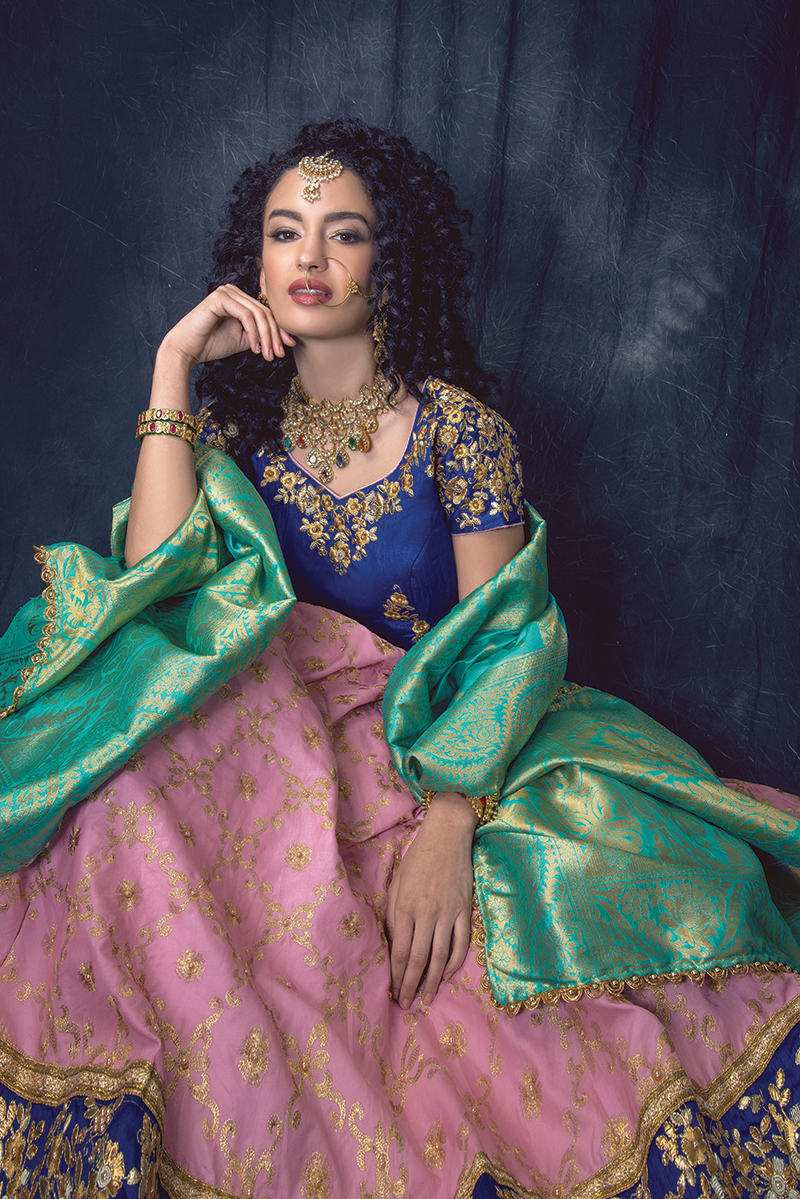 The fine soft feel of silk simply instills a feeling of bliss in the world of fashion. On the eastern front, Banarsi silk takes centre stage and is considered a winning fabric by many designer.

A fine variant of silk, Banarsi silk have its roots seeped into the rich cultural history of the sub-continent. Originally crafted exclusively for the royalty, each Banarsi material was created from real gold and silver threads, taking as much as a year to makes.

Banarsi silk is an unmatched example of excellent artistry. Mughals brought this fine craftsmanship in India and tried to glorify the art of weaving and designing. They also encouraged weaving Persian motifs such as floral patterns, leaves, and the use of jali work (net), all of which can also be found also in their architecture. Later, the use of geometric patterns emerged and remains popular even today.

For a long time, Banarsi silk was used mainly for furnishing fabrics, light turban cloths and it reached its peak during Shah Jehan’s period. Today’s Banarsi silks are the product of this particular mix up of two different cultures and exemplary enthusiasm of Mughals.  In the present days, Banarsi silk is considered to be one of finest traditional material. It has actually been well known for its designing and gold as well as silver brocade or the Zari work.

At least three craftsmen work together to make up one piece of Banarsi cloth. One artisan has to weave the silk and one has to dye the silk, where the other one has to engage the bundle of silk, which creates the power ring.

The designs are drawn previously on a graph paper. It has been imprinted as a patter for the punch-cards. During the complete weaving procedure, this will be used as a guide for threads. The artisans may take fifteen days to six months for creating the Banarsi, which exclusively depends on the intricateness of the design.  Key varieties of Banarsi include Jangla, Tanchoi, Tissue, Butidar, Cutwork, Vaskat and most importantly kamdani.

THE JAMDANI, considered to be the finest among the Banarsi silk, is a blend of cotton and silk. While the fabric used is silk, cotton threads are woven onto it. The motifs include jasmine flowers, emeralds, betel leaves, diagonal stripes and floral mango brocades. Tanchoi has mostly paisley motifs all over and its designs are deeply inspired by the Jamavar shawls of Kashmir.  The Jangla is known as the indigenous silk from Assam.

The motifs are spread across in the form of vegetation where flowers and creepers are made of gold and silver threads.  The Banarsi Tissue, often part of wedding trousseau has densely patterned lotuses on it, with gold zari.

Banarsi silk has remained popular with changing tastes and times and embolden women with its ever elegant finesse.