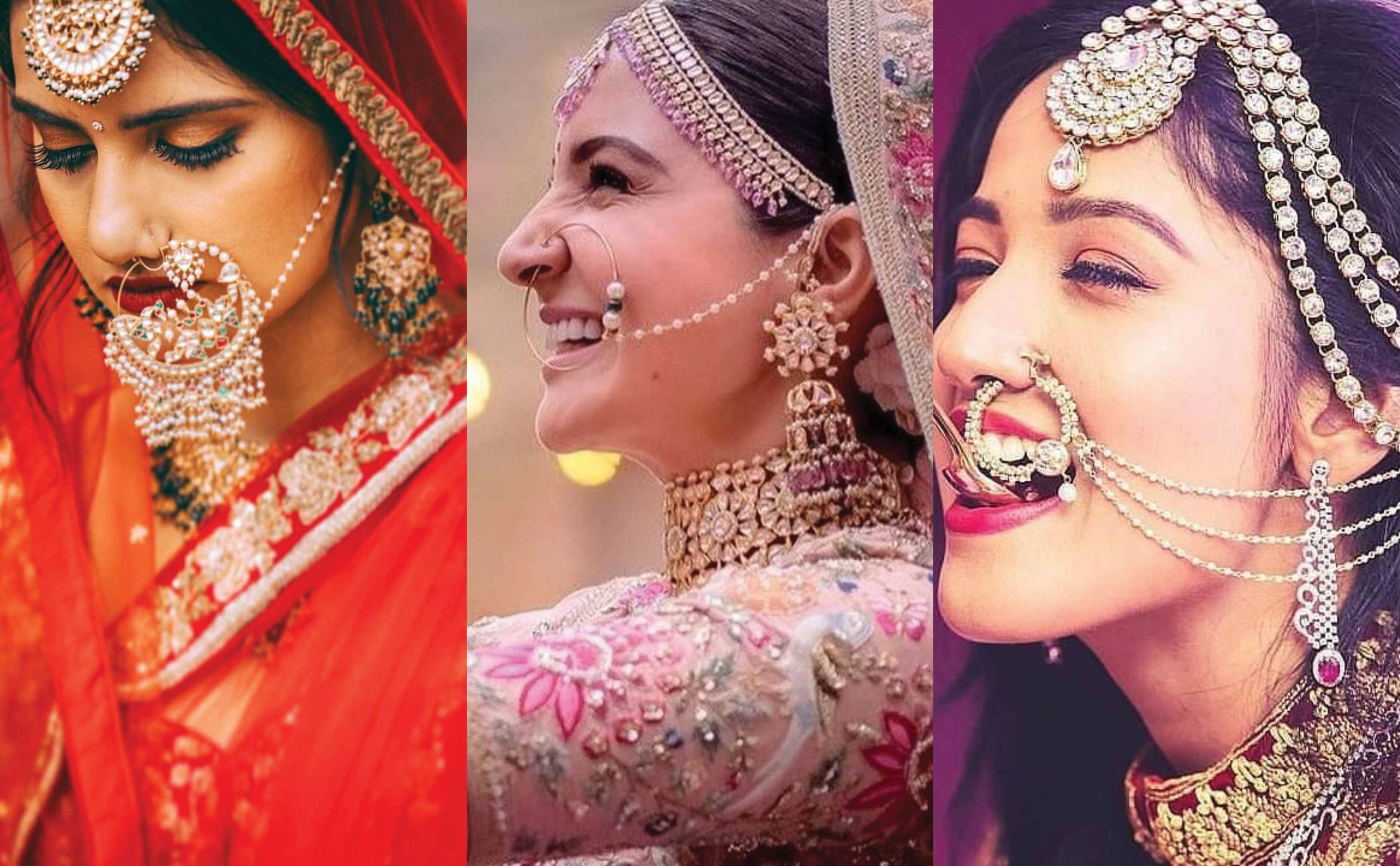 The History Of Nath

The exquisite Nath, or nose-ring set in flower shaped clusters of pearls, the jewel being further embellished by a single ruby bead. Nose ornaments have been of different types. There are the single stone and the clove shaped laung worn on one side of the nose.

In the recent years, Nath has become a part of the bride’s trousseau.

In the Indian culture the custom of wearing nose rings begins in the 16th century. It originated in the Middle East countries and became popular in India and Pakistan mainly during the Moghul emperors rule. Nose ring is a very popular fashionable accessory worn by piercing a hole in the nose.

It is a trendy nose ornament found in several shape, size and design. It can be a delicate tiny jewel stud which rests beautifully on the curve of the nostril or can be large hoop that encircles the cheek with elegant and graceful pendant pearls, which dangle along provocatively just above the upper lip.

In India the left side of the nose is generally regarded as the ideal position for nose rings. According to the Ayurvedic belief the spot made by piercing of nose is associated with the female reproductive organs. It is also considered as one of the sign of marriage, and is an integral part of traditional bridal jewelry. In the Muslim culture nose ring is very auspicious and is mandatory marriage ornament to be worn by all Muslim brides.