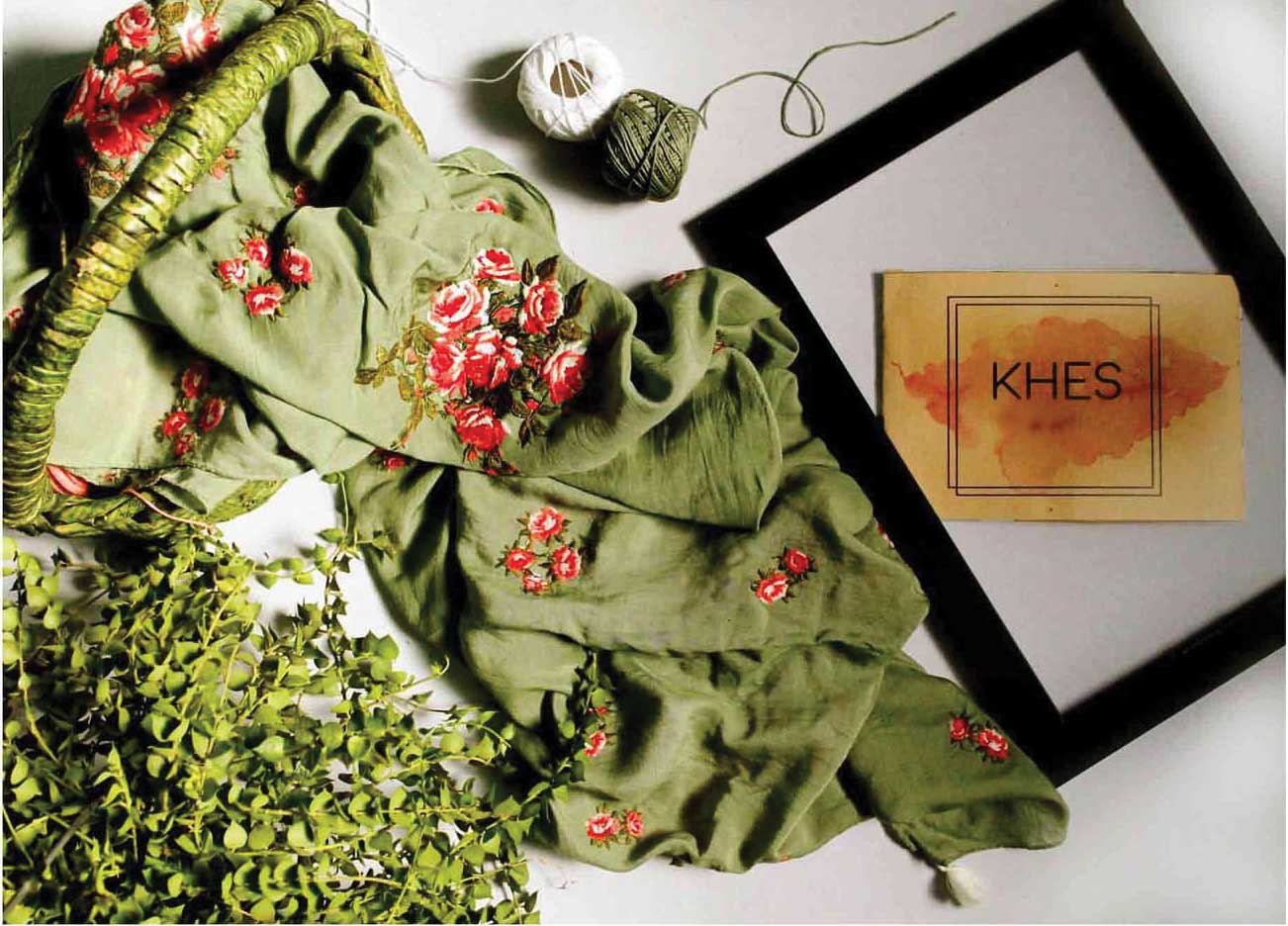 The term khes has traditionally been used to describe any thick cotton cloth used as a spread or upper garment. It included a great variety of fabric worn by all classes in
the Punjab. The North-western part of the country, particularly Multan Division of undivided Punjab before partition of India was known as the birthplace of Khes. Noted centres of Khes weaving included Dera Jat, Dera Ismail Khan, Jhang, Multan, Shahpur Kohat, Peshawar, Muzaffargarh, Lahore, Karnal, Ludhinia, and Patiala. The centres of great perfection were Multan, Shahpur Bhera, and the Khushaab in the Shahpur district and at Jhelum.

Woven by the weavers, the khes was in equal favour with the Sikh Sardar and the Musalman Jatt. Traditionally the local people procured the khes for their requirements on barter system.

Khes weaving, a complicated compound weave with a double set of warp threads, is today a specialty, the finest being from Multan. The khes was traditionally woven in double weave or double cloth, which is an unusual technique in which the front and back are actually woven as independent layers, one above the other, occasionally swapping places to inter link and create a pattern.

Sometimes a khes is also woven in a dense twill weave with very fine diagonal lines running all over the fabric. It is a balanced two up, two down twill with single set of warp and weft but both in a combination of colours, thus forming beautiful checks.

Khes is woven as a plain fabric in a balanced two up, two down twill with a single colour yarn used both in the warp and weft.

Apart from the distinction based on the different colour combinations and different patterns formed through weaving, khes can also be distinguished as:

Legitimately stylish women will troll any—and we mean any—store with zero snob factor, yet they manage to stay true to their aesthetic.

For example, she won’t be afraid to pop into a cheesy-seeming teen store at the mall, but that doesn’t mean she’ll leave with the same things her 12-year-old cousin would.