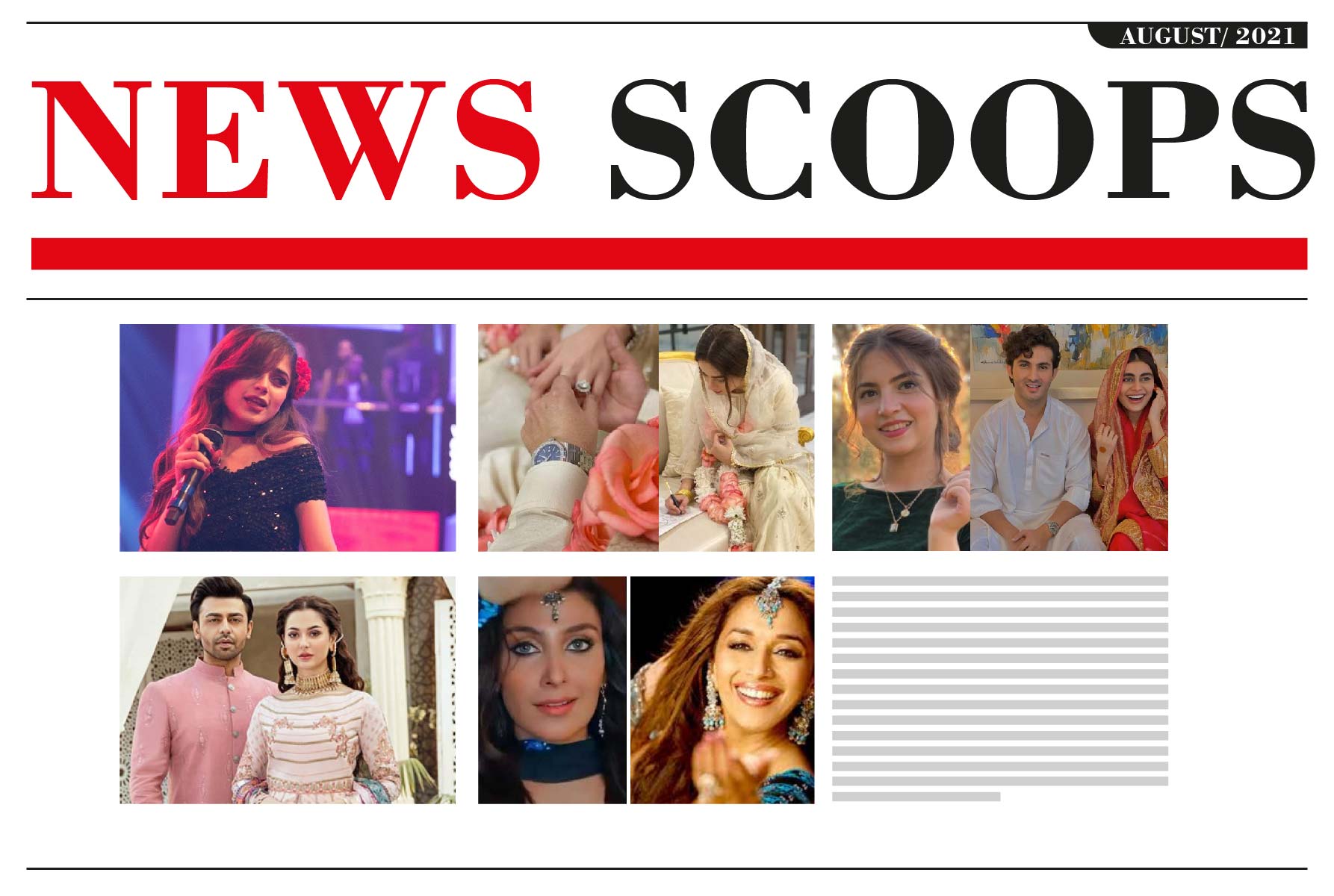 All the gossips and spices from last month. Give it a read and get to know the latest updates

In a very recent interview, Sadaf Kanwal shares herself made rules of marriage on screen in which she notifies that men are always superior to women because they earn and take care of them. She further adds that she knows everything about Shahroze because that’s how it should be and she needs to serve him. The rising star, later on, pops up, the social media Queen; Dananeer. Being the pawri girl she is, yet she chooses to raise her voice against all this and speaks about how both; men and women should know about each other be it their needs and wants.

AlyzehGabol is a well-known Pakistani actress, model, and television personality. According to sources, Alyzeh has married for the second time to Zoraiz Malik, Malik Riaz’s nephew. Her most well-known part is in the drama series Haniya. She married Osama for the first time when she was quite young. However, the two eventually divorced. Alyzeh has a daughter with her first spouse, Miraal. The rumor that Alyzeh Gabol had married business tycoon Malik Riaz’s nephew Zoraiz Malik went popular on social media recently.

Aima Talks about how she went under-weight

Aima Baig’s interview on the Good Morning Pakistan show, in which she spoke up about being overweight as a teenager, has recently gone viral. She stated that she weighed more than 75 kg and that she felt self-conscious about it in front of other females at her institution. She went on to say that it wasn’t the baby fat at all and that she was actually quite healthy. She said that she lost it after contracting Dengue fever and that she did so with much difficulty. Aima said that she never regained her previous weight after recuperating from dengue fever.

Farhan Saeed and Hania Amir to share the screen together

Farhan Saeed and Hania Aamir are set to act together for the first time in an upcoming drama. The working title of the show is ‘Jhooti’. It is written by Saira Raza and helmed by ‘Neeli Zinda Hai’s director Qasim Ali Mureed. The latter has previously worked with Farhan Saeed in Prem Gali and the much-anticipated film ‘Tich Button’.As per the director’s statement upcoming drama, “Jhooti” will have a contemporary angle, its storyline will be relatable but different from what the audience has seen in the past. The drama will be a Roller Coaster of emotions as described by the director Qasim Ali Mureed. The star cast of the drama includes Hania Aamir and Farhan Saeed in the main lead, who have also been working together on another project which is a web series “Ruswayi” Directed by Wahajat Rauf.‘Jhooti’ will also feature Zoya Nasir, Osama Tahir, Hira Khan, Angeline Malik, Samina Ahmad, Waseem Abbas, and Saba Hamid.

Nida Yasir’s son Balaj was trolled for his long hair

In the very recent pictures shared by Nida Yasir with her son on his birthday, people started to make negative comments and treated the kid like no other than a joke… why? Because of his hair length.The trollers who’re calling a young 7-year-old Balaaj Yasir a girl because of his hairstyle and traumatizing the child by making emojis of laughter and vomit. Nida took a step and cut her son’s hair after the incident and shared his picture in short hair again.

Pakistani Actress Ayeza Khan is really talented and has given outstanding performance in her every project. Again has won the hearts of fans by dancing like the Bollywood queen Madhuri Dixit, imitating her style from the music video of ‘AajaNachle’.Expressing her desire to meet Madhuri, the Pakistani actress wrote, ” “Oh what an exciting time that was. We have been blessed to see and dance along to Madhuri Dixit. What a phenomenal dancer and what an amazing actor, who could shake your heart with just a tear in her eyes.”