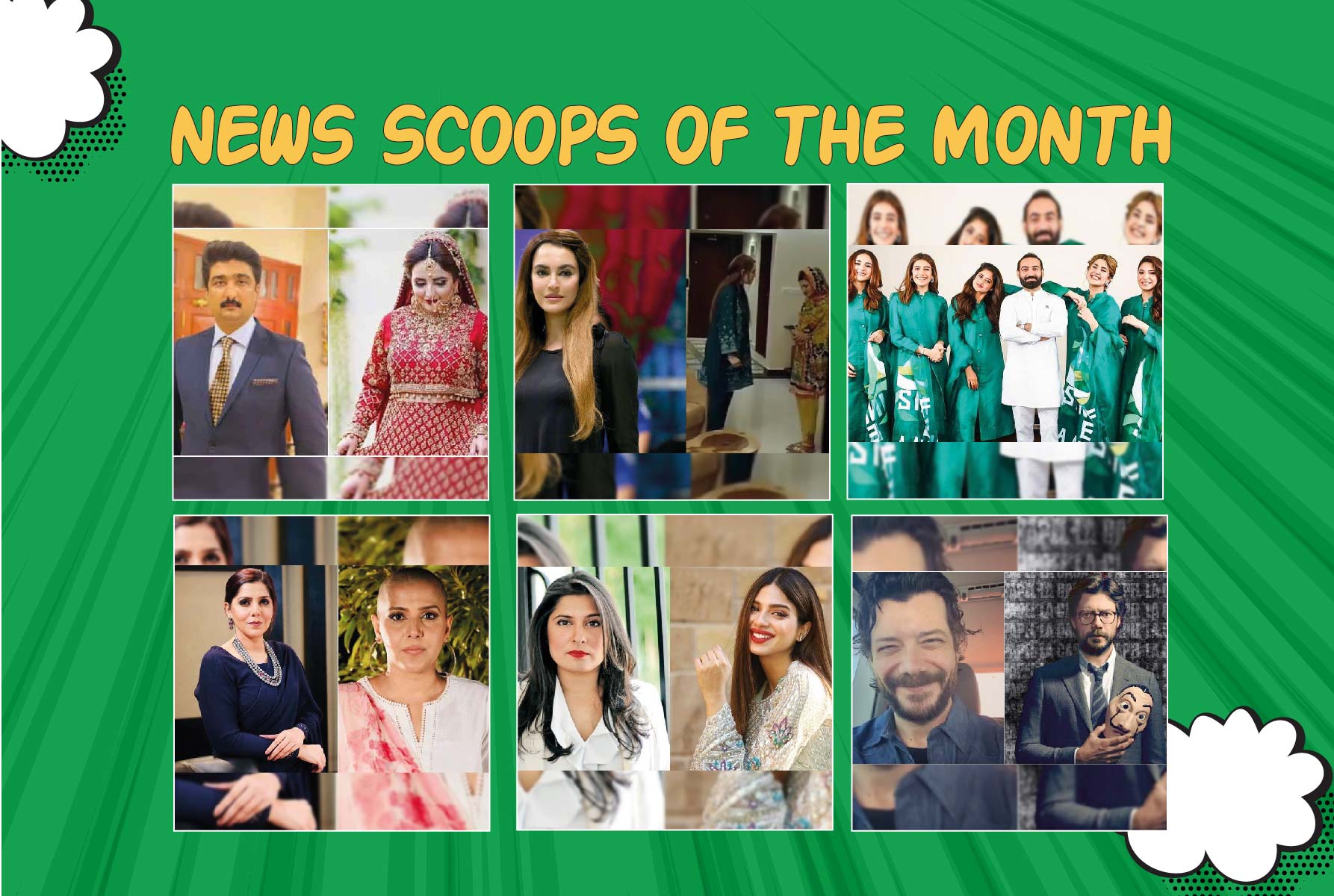 Some Controversial and spicy gossips from the month of July to give you an insight of the following…..

“A few days back, one Ali Rind, founder and editor of News Mag in Sindh Affairs posted on social media website a fake news with my photograph which says ‘TiktokerHareem Shah got married to PPP MPA Zulfiqar Ali Shah from Mirpur Khas: source claim’,” read the complaint.

“The above person tried to defame me by creating false news regarding my personal life,” it added.

A few days back, a video went viral where Nadia Hussain was scolding her maid for being unvigilant towards electric household items. People had mixed feelings about it, some people took Nadia’s side but some went against her.

Actress and model Nadia Hussain, while explaining the viral video of anger on her housemaid, said that it is part of a brand campaign. Nadia Hussain said in an explanatory statement released on the social media site Instagram that the video is part of a brand’s campaign, but she will keep the brand name secret for now.

It seems like ISPR is all set to raise the bar even higher with the launch of yet another grand project titled ‘Sinf-e-Aahan’. The news has taken the entertainment industry by storm as the crème de la crème of showbiz has been roped to make this drama a potential blockbuster.

From the all-green teaser poster that has been revealed today and since then going viral, the drama will have a women-centric cast, featuring the T.V darlings Yumna Zaidi, SajalAhad Mir, Kubra Khan, Ramsha Khan, and Syra Yousuf.

A post made on Asma Nabeel’s Facebook page broke the news of the screenwriter’s passing away. It read, “Inna Lillahi Wainna Ellay Raajaoon. It is with a heavy heart that I have to break this news that my bhabiAsmaNabeel is no longer with us,” followed by funerary details.

Although Asma’s body of work is limited, her impact and popularity are undeniable. The screenwriter worked on the hit show Khaani, as well as several other television serials including KhudaMeraBhi Hai, Baandi, and SurkhChandni. Asma wrote strong characters who were part of important stories on pertinent topics, with SurkhChandni depicting the life of an acid attack victim and how she speaks up against the injustice done to her. It also acknowledges and emphasizes the legislation of acid and burns crime bills.

A day after director Sharmeen Obaid Chinoy called Sonya Hussyn out for “dissing” Mahira Khan in a 2018 interview, the actor has hit back.

“Pulling one woman down while putting up another in full view of public and talking about upbringing!” Hussyn said in an Instagram Story.

“Besides, the pandemic has given too much extra time to some people to “dis” others by taking things out of context,” she said.

Famed Spanish actor Alvaro Morte, who plays the character of Professor in the Netflix series Money Heist, parted ways with the show in an emotional video.

As announced earlier, the show will conclude with the upcoming season 5 being the last one. On Wednesday, Alvaro came forward on Instagram with a video where he can be seen looking back at the sets of the show from his car. He had a nostalgic expression on his face that left his fans emotional.

“Leaving for the last time the set of @lacasadepapel Words are unnecessary,” he captioned the clip.