Fashion Collection has long supported new talent that is making strides in their respective industry. In this
edition, we highlight Talha Dar, a young and passionate musician who gained notoriety for his song “The
Sibbi Song”. Talha is one of the few Pakistanis whose work has been featured on international platforms
like Netflix and Zee, and he is making us all proud. Today, let’s ask him for all the insight you have been
wondering about. 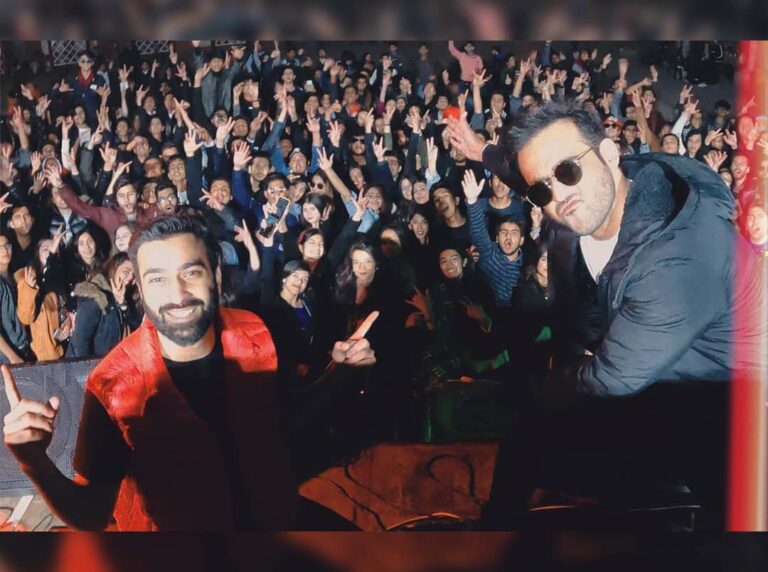 Talha, good day! Could you give us a little more background on yourself for those who don’t know
you yet?
I grew up in Islamabad/Lahore but was born in Karachi. I’ve produced a lot of chart-topping songs as a commercial music producer in Pakistan.

How did you get into EDM music?
Growing up, I used to play a lot of games and those games had electronic music running in the background which I was really fond of. I think that’s where I picked up electronic music however guitar was my first instrument which led me to learn music.

Did “Sibbi Song” alter your life in any way?
Oh yes, of course, just not mine. In fact, everyone involved in that experience witnessed a turn in their
lives. That is when we started performing a lot of shows.

What do you think your function as an artist is?
Honestly, the precise role is impossible to describe, but I think what I love to accomplish is to channel
energy, a certain moment, or even imagination into something musical.

Why are Pakistanis so unappreciative of the EDM genre?
They do. Because of that, we were successful, which would not have been the case otherwise. It took some
time to get through, but I suppose it’s a never-ending battle. applies to all occupations. As we’ve seen, several Pakistani musicians have plagiarised the riffs, beats, and occasionally the
entire piece of music and melody of other musicians.

What are your thoughts on this, exactly?
I suppose it’s okay if you acted on inspiration. There is a tonne of fantastic music that has been composed over classical music compositions. However, I don’t think it’s appropriate to admire complete plagiarism without providing due credit to the original creator. 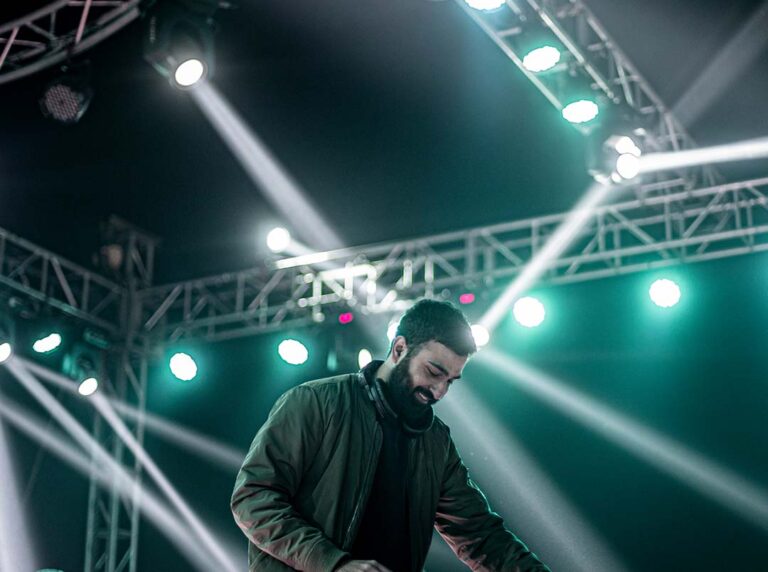 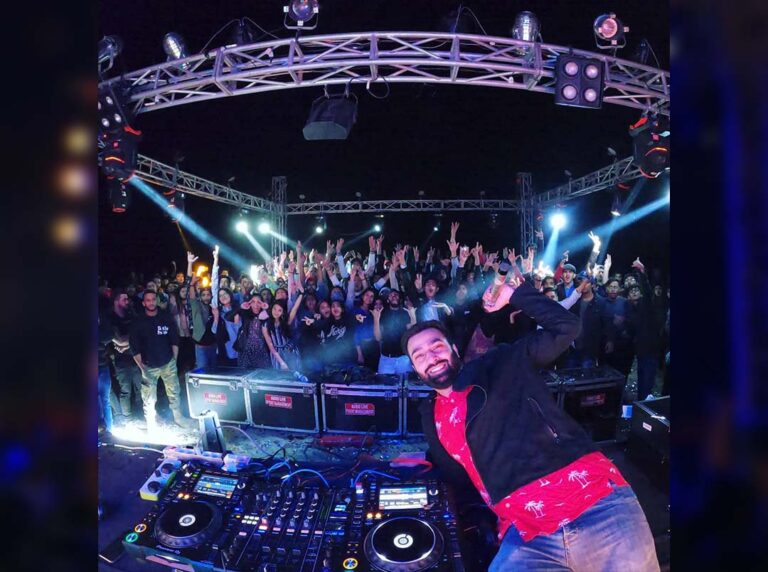 What is the best approach for a DJ or music producer to display their work? Do you have any
advice?
Great work is being done by Spotify. Many rising performers don’t focus on Pakistan’s radio industry. One
must not disregard the radio to get their song heard. RJs will happily respond when you send them your music, and if they enjoy it, they’ll go to great lengths to promote it.

OTT platforms like Netflix, Zee5, and others play Your Music. How did it occur?
Just one individual cannot do it alone. The promotion of music from this side of the earth to the west is done by a large team that includes Rankin Iqbal, Raoul Juneja, Sammy Chand, Farjad Nabi, and numerous others. That’s how I got in touch with them, and if you have confidence in your sound, all it takes is finding the right contacts at the appropriate moment.

The music you create seems to come in a variety of forms. Do you hope to appeal to everyone with this album, or just a certain group of Talha Dar fans?
Haha, you know, as you mature, your musical preferences change, and this is where I believe an artist’s responsibility is to create, create again, and repeat. A music producer should, in my opinion, continually experiment with new sounds while infusing them with elements of their distinctive sound.

Why you left Some What Super? are you still in connection with Feroze?
Feroz and I are still on extremely good terms; in fact, we work in the same studio. SWS was enjoyable while it lasted, but I no longer feel like pursuing it. Had an open discussion about my feelings with Feroz and the management about this, and they were very supportive of the choice. However, Feroz wanted to keep on doing it, and I have no issues with that.

You are working with Risham Faiz Butha and Abid Brohi and many other musicians would you like to share some bad and good experiences?
You already know that studio sessions are enjoyable. The goal is to build a track that the artists are working toward. One project we worked on with the Chakwal Brothers, a band of around 7-8 members, was sponsored by Redbull. Imagine 12 individuals guzzling a bunch of Red Bulls in a studio; the place had
never experienced such an intense amount of energy; everyone was singing, laughing, and high. I wish that
session had been captured on video.

What do you do when a singer or an idea comes to your ears? What ideas cross your head, how do you create such beautiful compositions?
When someone emailed me an idea or a tune in the past, I never listened to the entire track; instead, I would fast-forward and jump around. Now I take care to properly listen to everything someone sends me, even if it’s 15 minutes long, and attempt to understand what the original artist was trying to convey.
When I first met RDB Munj Muzik, I enquired about his production process. He said that his very first instrument is the drum and he starts from there. That made sense to me, so I started concentrating more on the rhythm than the composition while also narrowing the track’s energy down to a single point so the
the listener wouldn’t be perplexed by what it has to offer.

Why do you choose “A Band” or “Solo” career and why?
I’ve been in bands, and I’ve gone solo too. I think I would go for solo, for now, it gives me more freedom to make music. 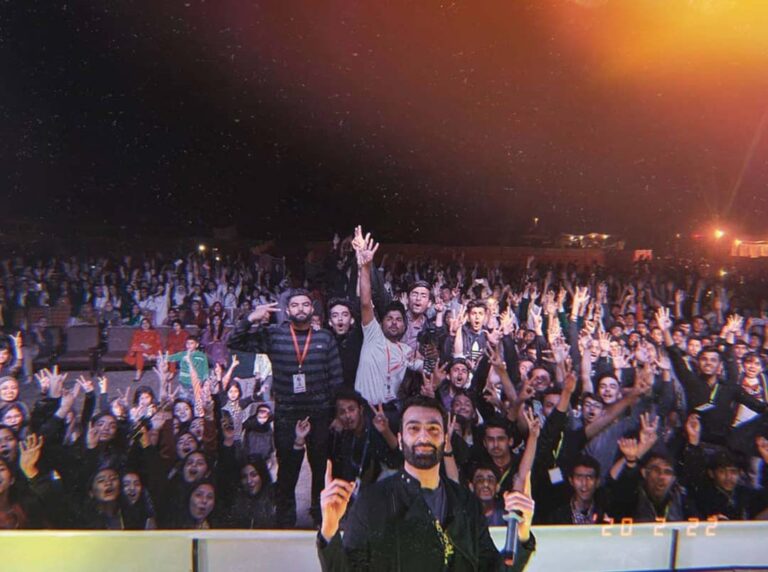 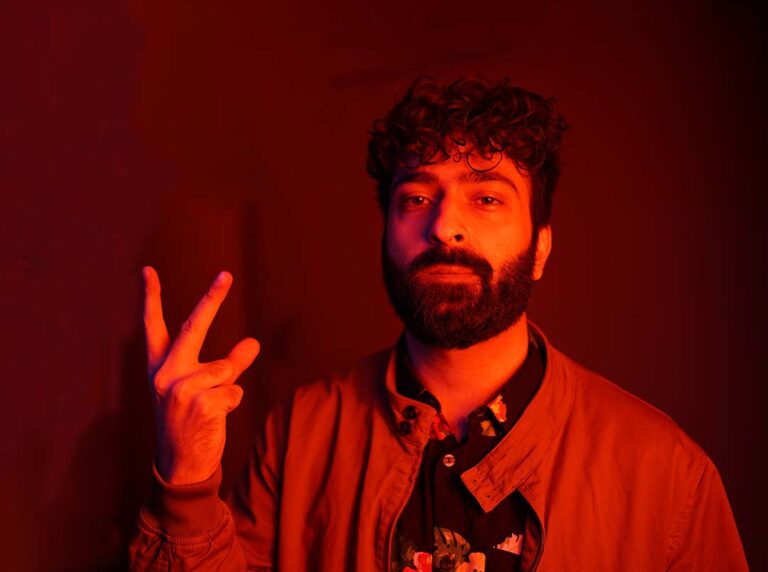 If the objective is the same, the band is more akin to a vehicle where you can travel without opposing the driver. How was your journey?
Absolutely. I would advise getting on the bus if your vibe matches that of the other passengers. There are ups and downs, pauses, layovers, and destinations on every journey. My encounters were all genuinely transformative. If I had missed the SWS bus, I would be a different person.
We grew up listening to bands like Vital Signs and Junoon, whose songs are pretty sophisticated and polite.

Why aren’t musicians making music today that sounds similar? Why are lyrics that mumble and cringe more popular?
Because it wasn’t simple to make music back then, the lyrics were likely composed by people with experience who had lived through various situations. Nowadays, teenagers compose and record their songs at home, writing only what they wish to say. I disagree with the question about the cringe-inducing lyrics since what you consider garbage may be a treasure to someone else.

What would you be doing right now, if the music wasn’t your occupation?
Even though many people find me boring, who cares? I frequently switch between my imagined occupations, always choosing something interesting because that’s what I live and breathe.

Who’s your fashion icon, and why?
Hmm, that’s a difficult one, I never thought about it but I love perfumes and have a huge collection of them.

As you know there is always a music producer or composer behind the success of a musician so who is your biggest supporter or who’s your Favorite music producer from the industry?
I always admire the work of Max Martin, Ali Sethi, and Nusrat, they have written timeless music.

What aspect of the music industry would you change if you could?
Better performance venues and more effective marketing channels are needed for our artists to export their sound from Pakistan. This is seriously lacking.

How Will EDM Music Develop in Pakistan?
EDM culture will eventually morph into something different, but DJs are mostly responsible for it. Therefore, EDM will continue to thrive if there are good DJs.

What is the most useless talent you would consider that you have? Always put the USB in the right way on the first try Can an album be foreseen this year? What other endeavors, besides an album, are you engaged in?
I’m not sure about an album, but my priorities right now are focusing on producing films and commercial music, so let’s hope 😀
Fashion Collection Magazine gives singers from all over Pakistan a platform to raise their voices and spread any messages they want to convey to their followers. We appreciate your support and the thoughtful letters that you have sent throughout the years. They are dear to us and support us during difficult times.