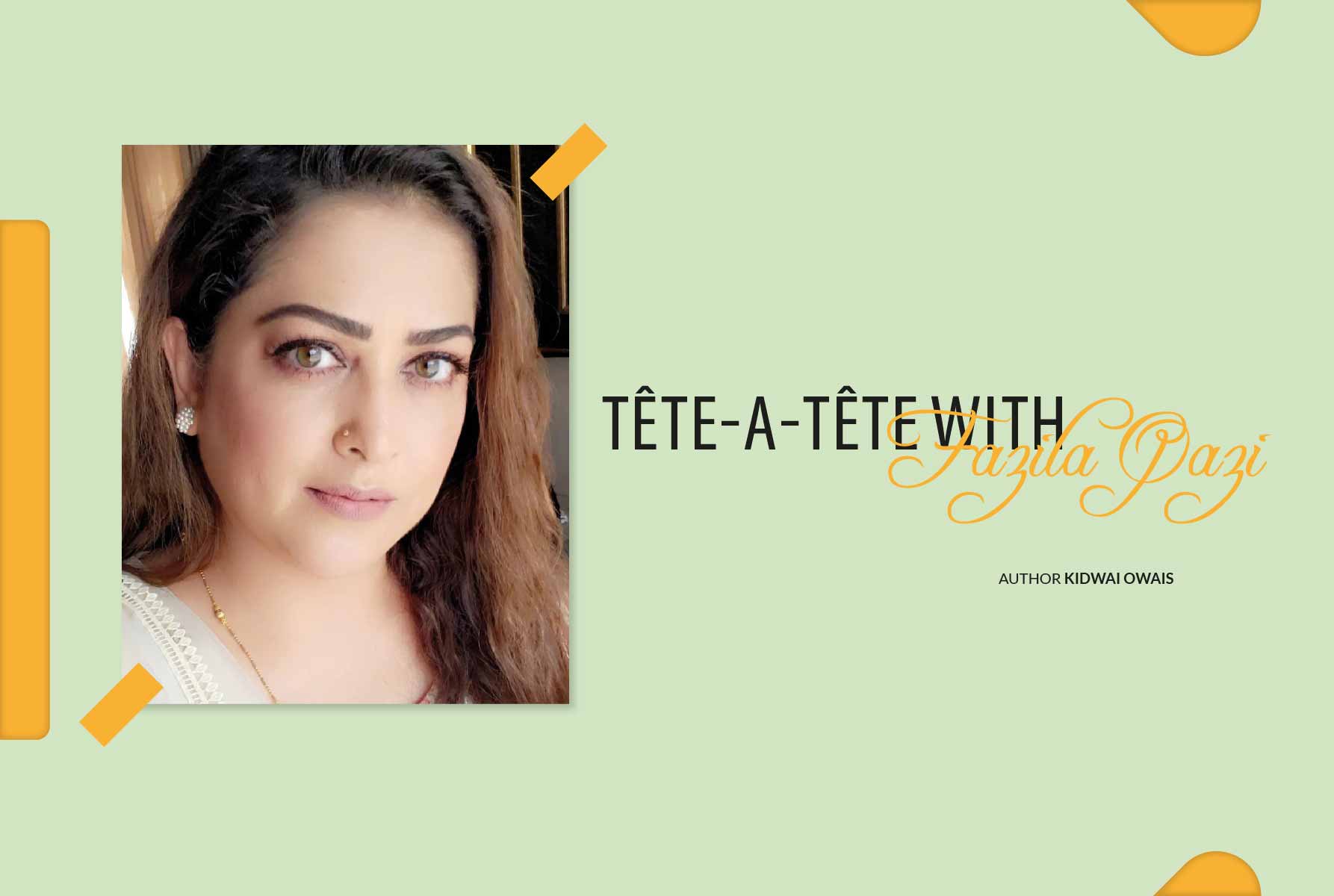 We are privileged to chat with a person in this edition whose name stands for poise, elegance, and dignity as well as modernism, ethnicity, independence, and purity. She entered the profession as a fashion model before beginning to produce some of our most popular plays. Known as the perfect representation of Pakistan’s iconic “girl next door,” she has been in the business for the last four decades. In this issue, we speak with the renowned actress Fazila Qazi. 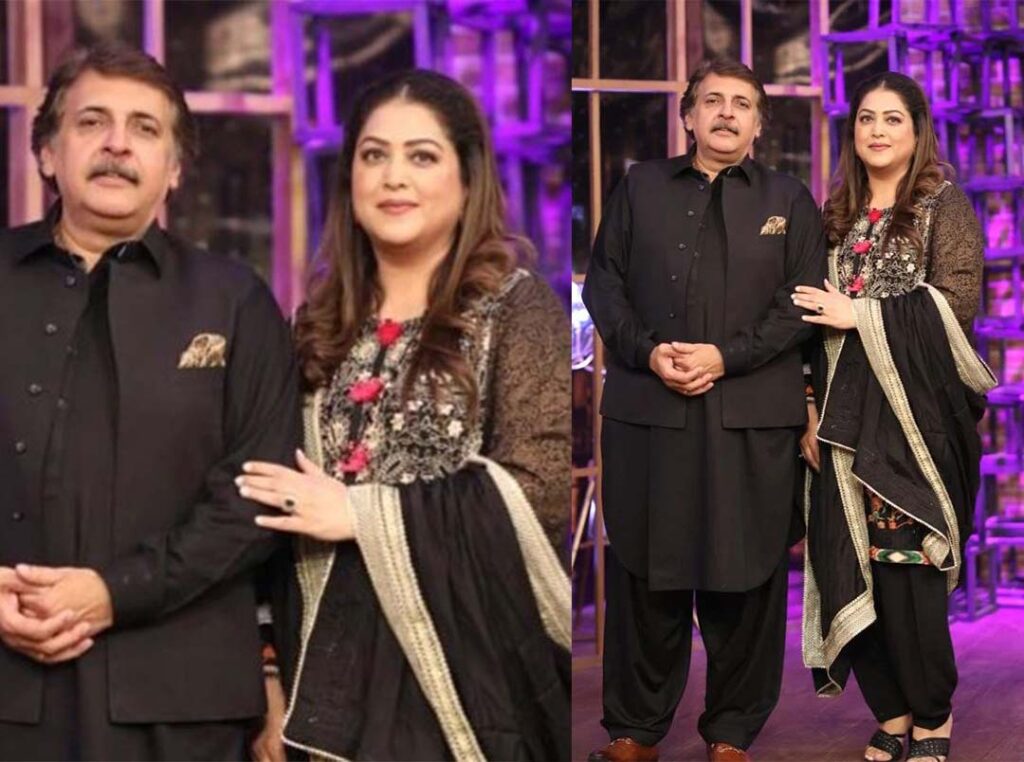 Please share a little about your childhood with us.

I was born in Hyderabad and completed my foundational coursework at Saint Mary Convent, a renowned institution in Hyderabad. subsequently, we relocated to Karachi, where my career as a model and actor began. Children in our day weren’t as boisterous, mischievous, or eager. I was a quiet child. I have two younger brothers, so you know that along with the advantages of being the eldest kid comes the responsibility of having to be more responsible for your younger siblings. So, to sum it up, my childhood was really well spent and I received a lot of pampering.

Who do you believe would do justice to Fazila Qazi biopic? (Actress)

Well, I find that to be a difficult question! For a biography, I think the actor needs to set himself free and go deep into the character’s spirit in order to truly understand it. I’d rather think that the audience would convey this better, though, lol. Yes, but I would like to point out that the new generation of actors entering the field now is incredibly brilliant and have access to more resources than we did. I think young kids are fortunate to grow up at a time when society has evolved and is more accepting of media.

You have been a strong advocate for women’s rights. Please share your opinions about males in society, the patriarchy, and the Aurat March.

Understanding the notion of the Aurat March and campaigning for women’s rights are two very different things. I believe we have jumbled up a lot of themes about women’s empowerment, and some of its components have been portrayed from the wrong angle. The Aurat March probably began with other reasons that have since faded into the background and are currently just used to stir up controversy. This makes me feel extremely sad. In every civilization, women have been granted rights in the end, and given that we live in an Islamic state, no other faith has been able to grant us better rights than Islam. Unfortunately, though, we often fail to comprehend what those rights truly are.

Men, regardless of their social background, are being brought up in an improper manner that needs to be addressed. While it is obvious that the guy goes out into the world and works, he is, in comparison, performing a tough duty. However, this is not the case. Women do have some buffer since they are also dealing with family, friends, and relatives, but if you take gender out of the equation, neither men nor women are helping one another out when they are starting a family. To summarise, I think it is unfair to make a prejudiced judgment on any gender. What must be done is that we must concentrate on the education and frame of mind that we are establishing in our kids. 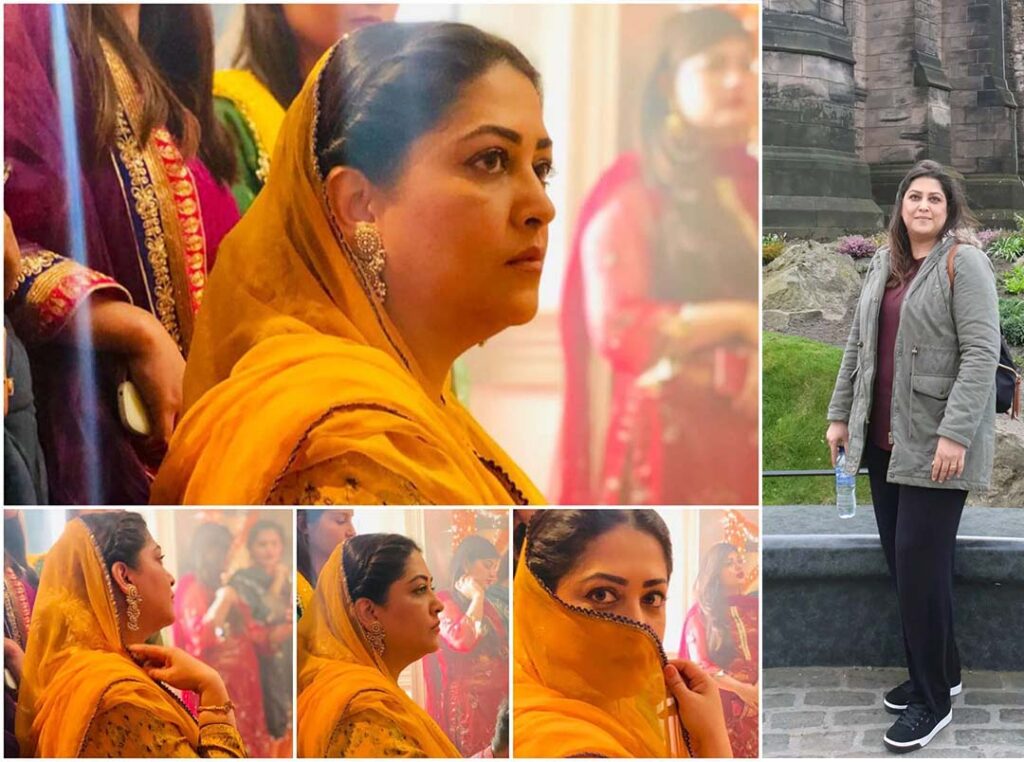 We’ve noticed you advocating for traditional customs and values, yet your ideas always appear to be relevant to today’s society. How do you keep that balance?

I think I have an antiquity spirit, and I adore my family’s ethnicity, culture, and traditions. That doesn’t imply that I have an antiquated outlook. I believe that one should be deeply entrenched in and proud of their family and culture. Our ethnicities and cultures are incredibly diverse and rich. Things can alter throughout time, but one should always be able to strike a balance, so that’s basically it.

We have always liked seeing your spouse in his most natural moments. How would you define your relationship with Kaiser Sahab and what do you believe is the main cause of divorces in society, particularly in our fraternity?

As far as I and Kaiser are concerned, we were quite clear with each other that since we are two different people with unique personalities, family histories, educational backgrounds, and mindsets, we must make mutual concessions in some areas if we want the relationship to endure. Alhamdulillah, 30 years have passed. Kaiser and I have never attempted to act fake. Having an understanding and being honest are undoubtedly essential for a successful relationship.

The reason for divorces in our fraternity, as you can see, is that when we fall in love with a celebrity, we are only interested in the glamour and artificiality of the media industry, and we want it to continue after the marriage. Relationships built on glitz, materialism, and a certain degree of expectation won’t survive forever, and that’s just how it is. 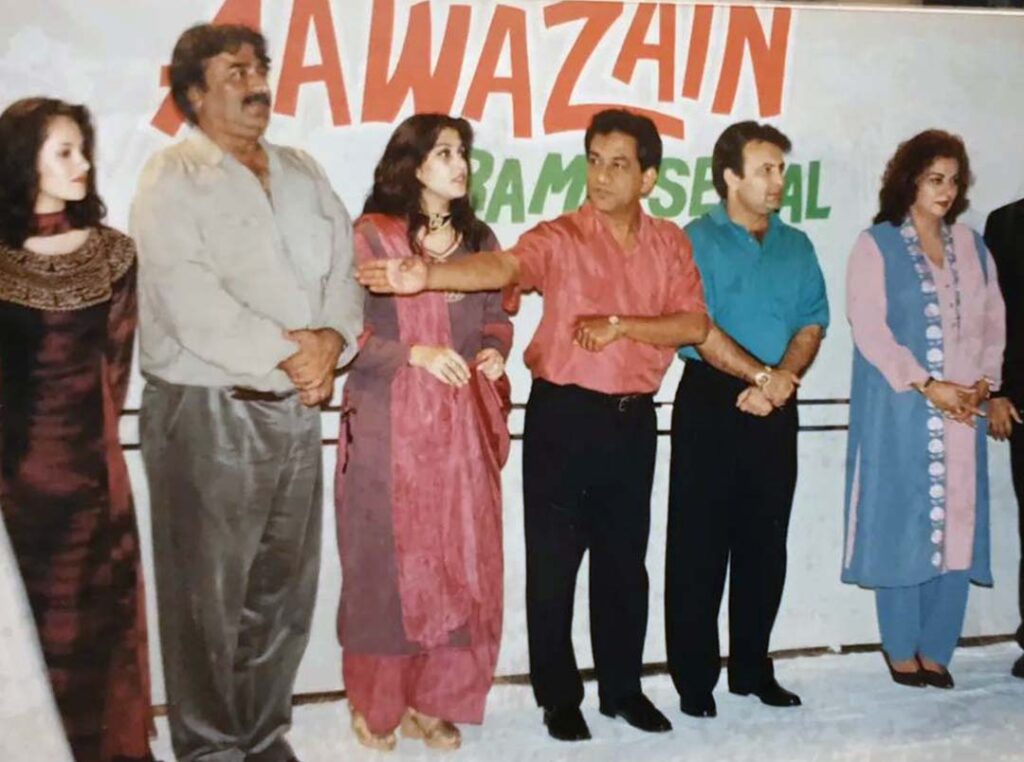 Since you have been working in this field for many years, what positive and negative changes have you seen?

Positive and negative changes have occurred in every field of employment. Although it is stated that growing quantity degrades quality, I don’t believe this to be true. As the years have gone by, both the quality and amount of work have increased. With quantity, we have variety and competition. We’ve also made significant technical progress. However, there are certainly some content-related issues that require attention and improvement. Overall our work is progressing forward.

What was the whole nepotism, PR agency, and award ceremony thing about in the viral video you were in? What do you think of the public relations stunt and nepotism?

I only shared the voice in my heart, but little did I realize that it was also the voice of many other artists who merely wanted to express themselves. Well, that actually happened, and the outcome proves that what I claimed was true.

As I indicated previously, the fresh and developing talent entering the field is very talented and diligent. And, to be really honest, every new performer I’ve worked with has mesmerized me with their abilities and genuineness. I am working on a few projects with Yumna Zaidi, and it’s wonderful to watch her embodying the role. Zaviyar Ejaz, meantime, is accepting criticism well and incorporating suggestions to improve things.

What do you think the film business will look like in ten years?

In the upcoming years, I don’t anticipate any advancements in the film business. Since you undoubtedly brought up PR gimmicks and nepotism, our film business is left with just this. I don’t believe we will advance in that way since there isn’t any fresh talent entering the scene—all we see are the same old faces.

Which of your popular shows and characters is your personal favorite?

Any effort I’ve done that has received praise makes me happy. For an actor, there is no such thing as a personal favorite since you give each role you portray your all. However, there are two of my dramas that people always remember. One is called “Abb Mera Intezar Kar,” and the other is called “Rosy,” which also starred Moin Akhtar.

recognition of work via awards

Praise from the audience and their likeness are undoubtedly more significant. Regarding awards, they are merely a form of fraternity recognition. It’s simply that sense of fulfillment and it kind of spurs you on to do better. 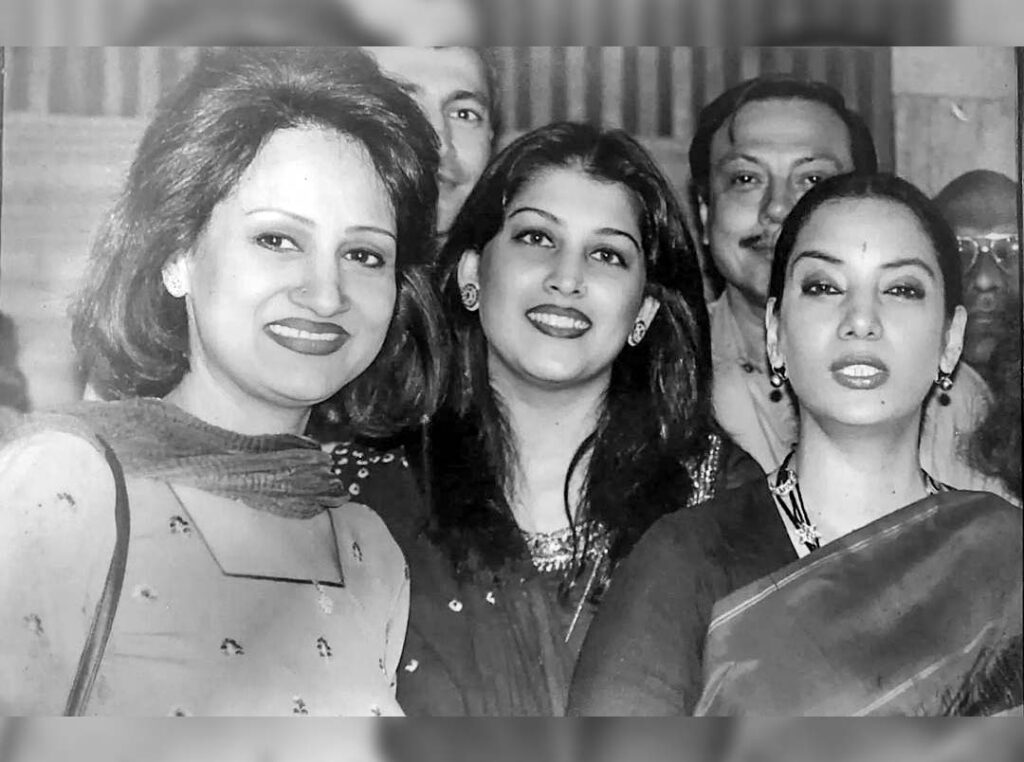 However, audience appreciation and acknowledgment are undoubtedly more significant.

Actors and Humility are typically seen to be at odds with one another. How do you keep your modesty intact?

the day we acknowledge that we are mortals and that everything is only transitory. We shall change the moment we understand that everything for which we are proud is a result of the Almighty and not of anything we have done. We all need to remember to be grateful for our privilege and good fortune. the day you get this phenomenon you’ll become modest and materialistic things won’t bother you.

What words of wisdom would you like to impart to aspiring authors, directors, and actors?

All I can advise is to put forth your best effort while working hard and with good intentions. You could occasionally feel let down since you won’t obtain praise and credit right away, but keep in mind that everything takes time. Additionally, because a degree is essential, I would urge you never to stop studying. retain a second line of work. Have faith in yourself.

Do you have a message you’d want to convey to your fans?

All I want to say is to act like a normal person and not take anything for granted because everything is temporary. I would also ask that people use social media with kindness and respect. instead of watching dramas and trolling them, do something constructive.